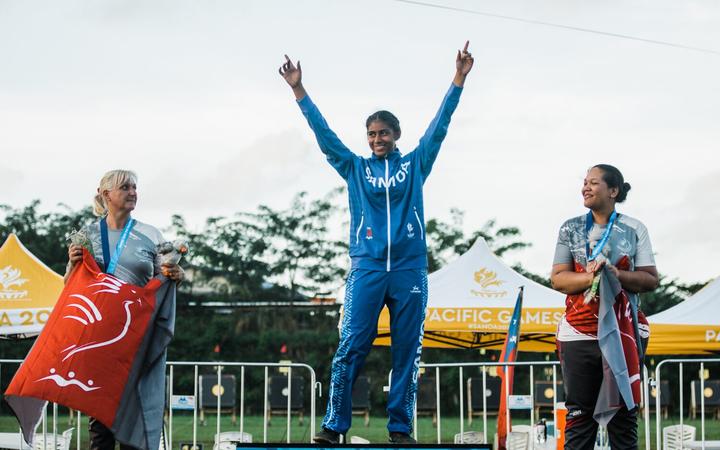 Archer Jil Walter celebrated her birthday in style by winning Samoa's first gold medal of the Pacific Games, while the country's Prime Minister finished last in his event.

The newly 18 year-old Walter, who spent four months training in China to prepare for this week, topped the scores in the women's recurve bow but said her success was unexpected.

"I'm a bit surprised actually, I wasn't really shooting well but I'm just really happy to be given the opportunity to compete...I just wanted to shoot really well, that was my main goal," she said

Jil Walter also got the rare chance to compete alongside her father, Muaausa Joseph Walter, who got her started in archery at the age of nine.

Muaausa, who is the President of the Archery Samoa Federation, finished ninth in the men's recurve event and said he had a strong feeling his daughter would win gold.

"Like a father I'm very proud and also being the President I'm extremely proud that we have someone that won the gold medal on our field here and that we can hear the Samoan anthem being sung out today so it makes one really proud," he said.

Samoa PM of the pace in archery return 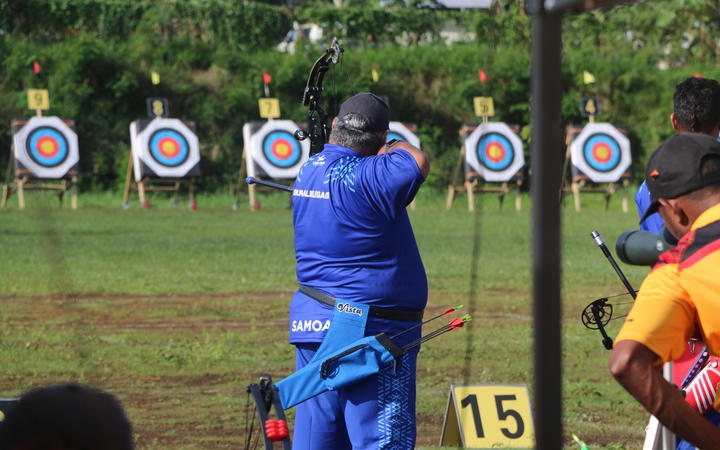 The Samoan Prime Minister, Tuilaepa Sailele Malielegaoi, finished in last place in the men's compound bow but was quick to praise the performance of the country's newest champion, Jil Walter.

"Well it's a great joy is the fact that our very small organisation is able to win the very first gold medal for Samoa...and we do hope with the rest of the programme that we may be able to have another chance or further chances of earning medals," he said.

Tuilaepa returned the lowest score of all 16 competitors in the men's compound bow event held Tuesday at the Faleata Sports Complex, scoring just 469 points from his 104 arrows, while the gold medallist managed 1072.

But the 74 year-old Tuilaepa will return to the range in the mixed compound event later today, teaming up with Naifoua Vise Timai, who won a bronze medal for Samoa in the women's compound bow.

The Prime Minister won a silver medal in the recurve team event when Samoa last hosted the Pacific Games in 2007 but said winning is not his main reason for coming out of sporting retirement.

The archery competition continues on Wednesday, with the mixed recurve event doubling as a direct qualifier for the Tokyo 2020 Olympics. 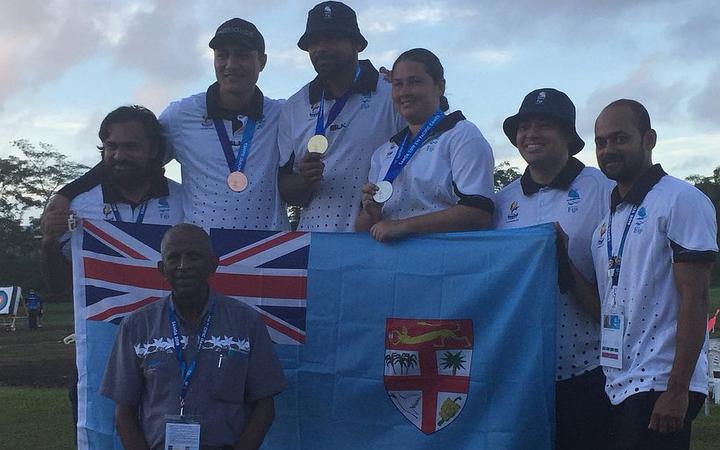