The West Papua National Committee has come out against a reconfiguration of military forces fighting for independence from Indonesia. 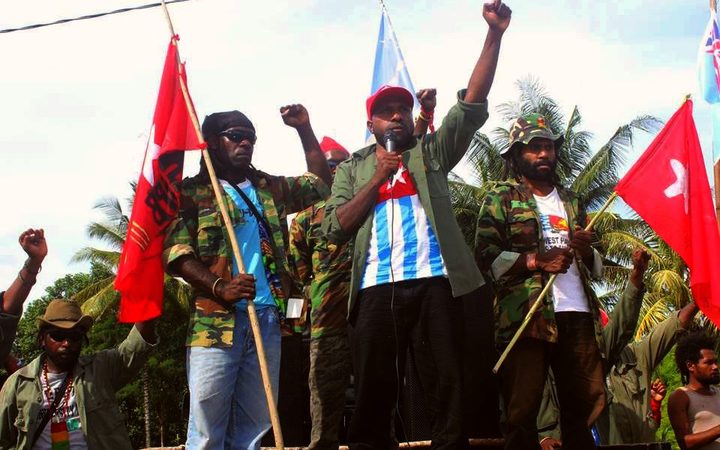 The Movement (ULMWP) last week said the army was a combination of the West Papua Liberation Army (TPNPB) and two smaller fighting forces.

But TPNPB representatives have since claimed they do not support the unification.

A spokesman for the Committee, Victor Yeimo, said the two smaller forces had s negligible presence on the ground in Papua and should not be included

"We are supporting the ULMWP but we encourage them to only recognise the TPNPB as the one and only military defence. If you want to unite, don't degradate the existing organisation, the TPNPB," Mr Yeimo said.

However, he conceded that a military force was necessary for any fledgling nation, particularly when there is an opposing armed force (Indonesia's army) on the ground.

"It will not stop them fighting," he said of the political machinations at play. "This is the reality in every struggle, a liberation army."

Mr Yeimo said the committee wanted to see Papuan military groups uniting but that it had to be done under the constitution of the TPNPB.

But he warned that the approach of the ULMWP chair Benny Wenda in endorsing the new West Papua Army was made without buy-in from the TPNPB.

"Everything comes from outside, from Benny Wenda, from outside. It's not good for the unity. It will kill the unity because in our history there are too many people claiming they are the president, who claimed they have their own constitution."