A startlingly high number of teenage students in the Marshall Islands capital Majuro were found to have stunted growth, according to a new report. 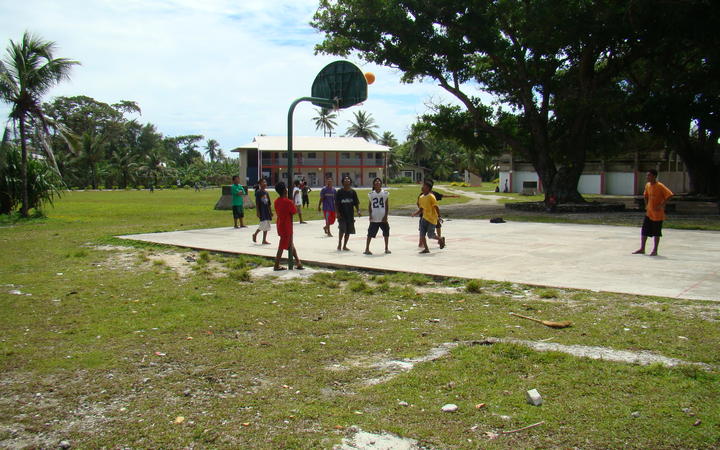 A pickup basketball game on the Jaluit High School campus. A new study shows that the growth of over 40 percent of Marshall Islands middle school students is stunted. . Photo: Giff Johnson

The study showed 39 of 90 students, aged 13 and up who were checked, had stunted growth.

The 43 percent rate of stunting among teenage students in Majuro middle schools was three times higher than the rates among younger students, suggesting nutritional intake deteriorates with age in the urban centre.

Poor nutrition among a sizable portion of children in the Marshall Islands has been documented in repeated surveys since the late 1980s by the Ministry of Health and other organizations.