A search is continuing in Solomon Islands for two men missing at sea since last night after a boat carrying 22 people sank in Central Province. 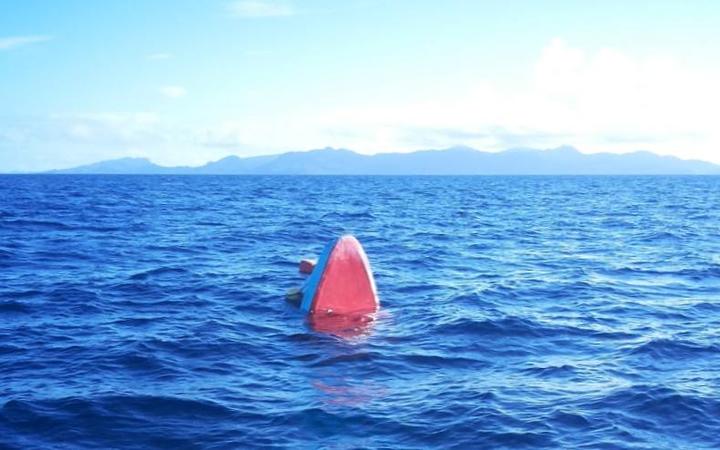 The tip of a submerged boat that sank near Bungana in Solomon Islands on 25 June 2019. 20 people were rescued by the 26th but two men are still missing. Photo: Supplied

Twenty of the passengers were rescued throughout the night.

The last to be rescued were two young boys found at four o'clock this morning.

The boat is understood to have developed engine problems before being swamped by rough seas near Bungana at around 6pm yesterday evening.

Police said those rescued were fortunate that someone managed to get a distress call out to a local community, who raised the alarm.

As the search for the two men continues, police are urging people in the province not to overload their boats and to check weather reports before attempting inter-island crossings.

They are also warning boat operators to ensure they have enough life jackets for passengers and advising them to ban the consumption of alcohol on boats.