A fire in American Samoa has taken out the solar power grid in the Manu'a Islands group. 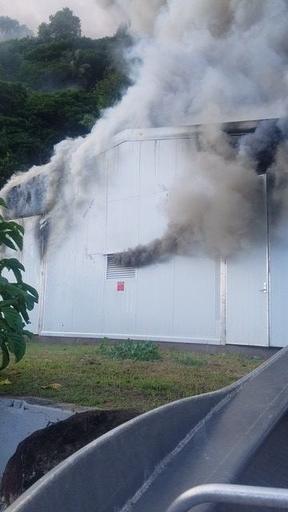 The fire at the the micro-grid power-plant on Ofu Photo: Supplied

A local lawmaker Tiaoali'i Sai said the fire could have been a disaster if it had spread to a neighbouring gas station.

Tiaoali'i was among those who closed the building down and fought the fire with hoses through the window.

The local fire truck had been moved to the main island Tutuila.

It is unknown when solar power generation will be restored.