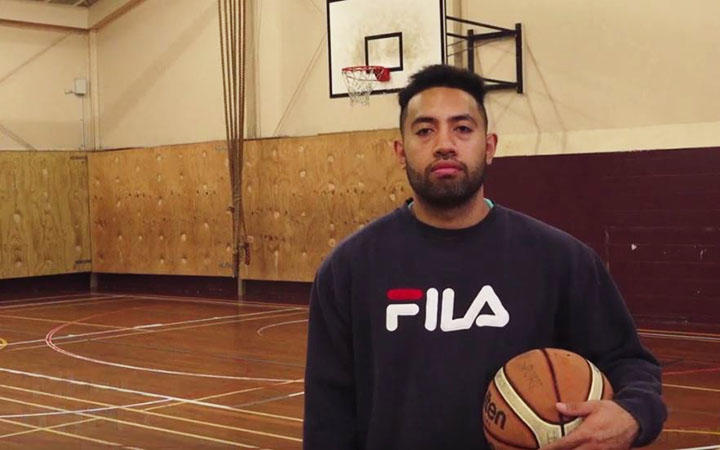 More than 3,500 athletes from 24 nations from Oceania will gather in Samoa on July 7 for the Pacific Games - the biggest sporting event in the Pacific region.

Meet the Athlete is a series by Pacific Media Network - hearing from some of the athletes heading to the Games in Samoa.

Born in New Zealand and raised by a single mother, along with four other siblings, Sione Maama worked his way towards representing Tonga, using lessons learnt from the struggles and determination of his mother.

"As you grow older, you begin to appreciate how hard she worked and how much she had to go through so that we were raised right."

Sione was a basketball player initially but decided to embark on a coaching career in the sport. Now, at 24, he is one of the youngest coaches attending the 2019 Pacific Games in Samoa

"I wanted to stay connected to the game. I knew I wasn't going to pursue a professional career in it, so I decided to take up coaching as my brother was at the time. A lot of the traits that you use as a good basketball player are some of the ones my Mum used in raising us, like sacrifice, commitment, all those types of things."

Like many other Pacific boys, Sione and his brother started off playing rugby. Josiah said their switch to basketball was by chance.

"One day rugby training was cancelled because it was hailing, really bad weather, I ended up coming to the gym to wait for my Mum to pick me up. On that same day basketball trials were on, so I went to my first basketball with barefoot while everyone else was wearing Nike or Jordans. I went into that trial and made the junior A team that day and from then on basketball just became life."

Today the work put in by Sione and Josiah's mother is paying off as her children take up opportunities she has prepared them for.

"My brothers are doing awesome actually, my little brother is an appreciate builder, my brother Josiah works current at the school I am right now Parkuranga college, he's the sports co-ordinator, and my little sister is in her second year of university, and I think the fact we grew up with a single mother helped us, in the sense we understood what it meant, like what I said earlier, making sacrifices and commit to something and not give up," Sione said.

Heading into the Games, Sione is tasked with the challenge of bringing together a bunch of players from all over the world and making them gel as a team.

"It's very challenging, at this moment we don't have any sponsors, so a lot of the guys have to pay for their own flights to get here for the camp. A few players from America, who have all played college basketball, we have a couple from Australia, who are playing at a high level there, we have a few from New Zealand and also a few from Tonga, so all the players come from different areas of life and I think that's the cool thing, getting all these Tongans from around the world who love basketball bringing us together."

It's been 20 years since Tonga last competed at the Pacific Games in basketball, but Sione is optimistic on his team's chances.

"I think this side has a lot of natural talent as there is with most Tongan athletes. Our goal is to win a medal, so whether that's gold, silver or bronze, I feel like we can definitely do it, it's not going to be easy, nothing is easy if you are trying to win something but you know Guam are the best team in our region, and are there in our pool, so once we play them, we will get a true test of where we are at."

Looking ahead, Sione has his own plans for the development of basketball in the Kingdom of Tonga.

"It's like my dream job, I guess you can say, and one day I'm hoping to coach on the collegiate team in America. I know I'm a long way from that but to have this opportunity to coach for Tonga is definitely the step in the right direction. So, I think it's important for us as a team, coach and players for fellow Tongans to follow. In a country like NZ, where I was born and raised, basketball is well set up, and it's a big sport with a lot of money involved, where as for Tonga, they don't make a rep team or a NZ team, there's no real pathway, so this is the start of that, and hopefully we can funnel all the young Tongan talent to play basketball for Tonga in the future."

This series was made possible by the RNZ/NZ On Air Innovation Fund.