Tonga have been given a brutal welcome to international beach football by defending Oceania champions Tahiti, who put on an attacking masterclass. 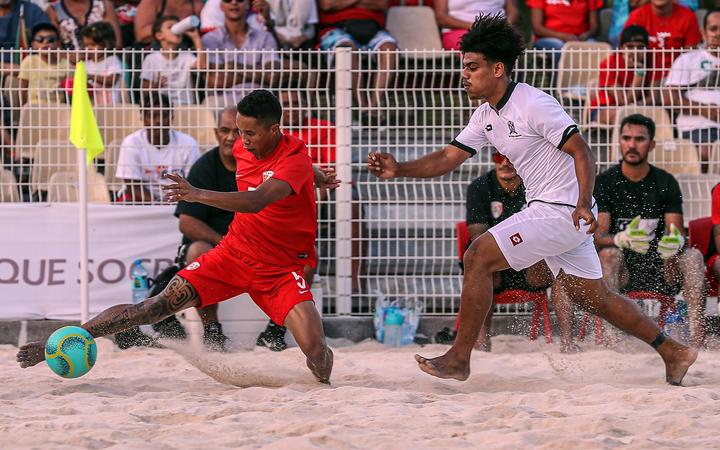 23 goals were scored in just 36 minutes, in front of a delighted home crowd. Tonga only managed to score one goal in their international debut.

The Tiki Toa set the tone early with a goal scored by Patrick Tepa directly from the kick-off. 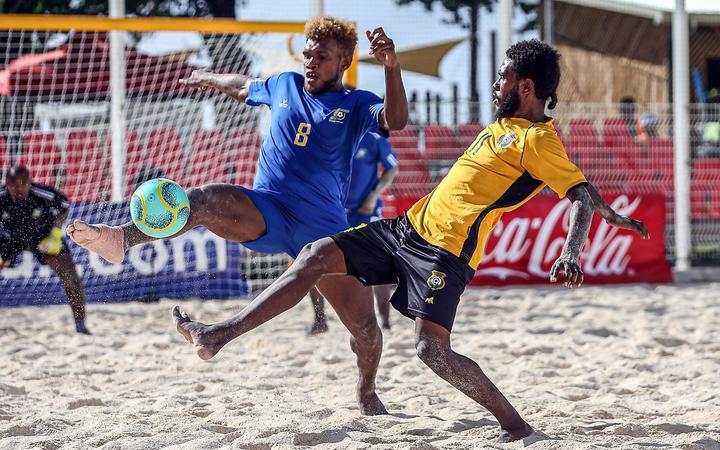 Meanwhile, Vanuatu asked some serious questions of the Solomon Islands in a match that ended 4-2 in favour of the Bilikiki. The Solomons' consolation goals only came late in the game.

Tahiti have a day off in today, but Tonga face yet another daunting fixture when they take on Solomon Islands at 2pm, local time.

Neighbours Vanuatu and New Caledonia will be chasing their first win in the competition at 4pm.