Andrew Fifita will miss Mate Ma'a Tonga's rematch against New Zealand in Auckland on Saturday after being suspended for three games at the NRL judiciary.

The Cronulla front-rower was unsuccessful in his bid to have his grade two dangerous contact charge downgraded, ruling him out of Saturday's Oceania Cup Test as well as the Sharks' next two matches against the Bulldogs and Broncos.

The NRL judiciary panel deemed there was sufficient evidence of foul play against Fifita in his tackle attempt on Canberra's Ryan Sutton in the eighth minute of Thursday night's defeat by the Raiders.

Giving evidence via video link from Auckland, the 29 year old Fifita pleaded guilty but disputed the grade two charge, arguing he was only trying to prevent Sutton from attempting a quick play the ball after noticing he was "already on his hands and knees" after being tackled around the legs by Cronulla hooker Blayke Brailey.

Fifita's legal team gave evidence of five cases similar to either grade one or two crusher tackles over the past four seasons that suggested Fifita's case deserved a downgrade. 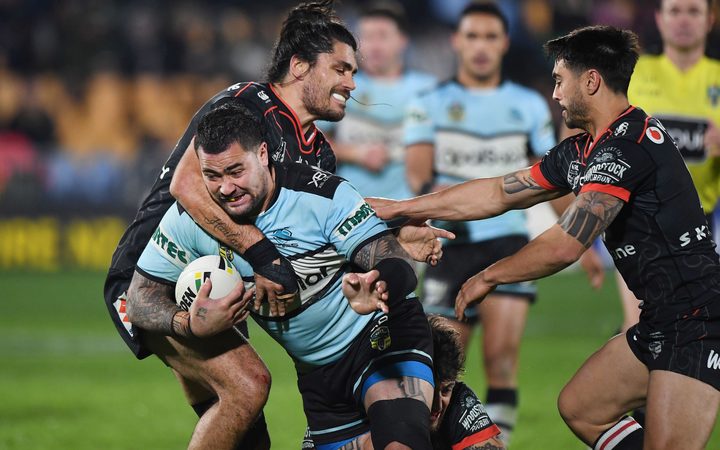 But judiciary chair Geoff Bellow advised the panel to disregard much of Fifita's defence, saying trying to prevent a quick play the ball didn't relieve him of any culpability.

Manly Sea Eagles prop Addin Fonua-Blake is set to replace Fifita in the Tongan front row, with South Sydney prop Junior Tatola likely to be promoted to the interchange bench. 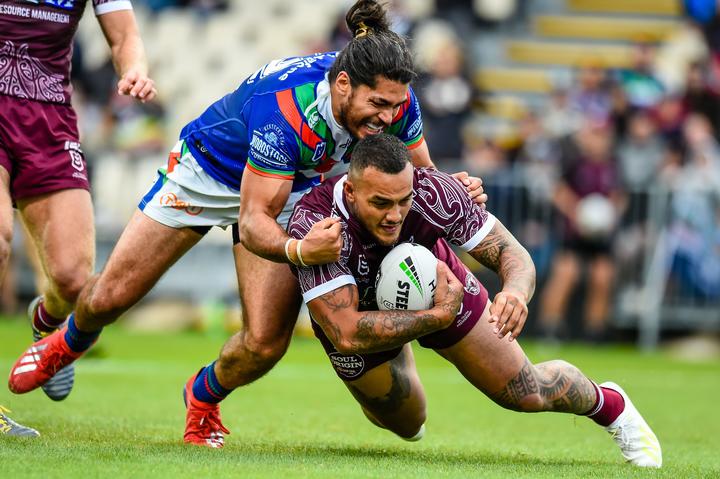 Meanwhile four players will make their Mate Ma'a Tonga debut after being named in the match-day squad.

North Queensland Cowboys utility John Asiata will start at standoff, after switching his allegiance from Toa Samoa, with Tui Lolohea shifting to halfback.

Brisbane Broncos centre Kotoni Staggs is the other new face in the backline, while Manly hooker Manase Fainu and Sydney Roosters second rower Sitili Tupouniua will come off the interchange bench.