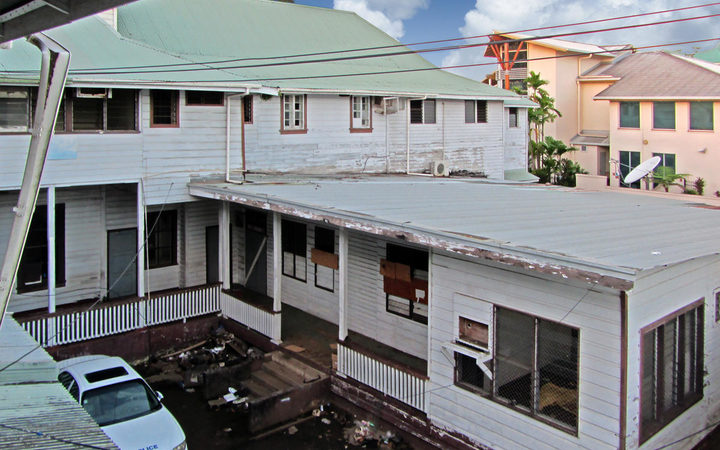 A 117 year-old colonial building that has been described by Samoa Prime Minister Tuilaepa Sailele Malielegaoi as an "eye sore" will definitely be pulled down.

Many efforts have been launched to try and restore the building but have been thwarted by the lack of finances.

Tuilaepa told Talamua Online that there have been a lot of dreamers who promised millions to preserve the building, and up to now no one has kept that promise.

He also referred to the former Head of State, Tui Atua Tupua Tamasese Efi, who approached the German Chancellor during his official visit to Germany for assistance in preserving the building.

"The Chancellor did not agree and the Government will not go back on its decision to demolish the building now eaten away by termites," said Tuilaepa.

The building, steeped in colonial history, was built in 1902 by the German Administration and 12 years later was taken over by New Zealand forces at the start of the first world war.

It later became the seat of power for the newly established independent Samoa government in 1962.

For 25 years the building housed the Supreme Court and the Ministry of Justice as well as the offices of the Prime Minister and Cabinet.

But the building is mostly remembered as the site of the assassination of Samoa's Mau leader, Tupua Tamasese Lealofi.