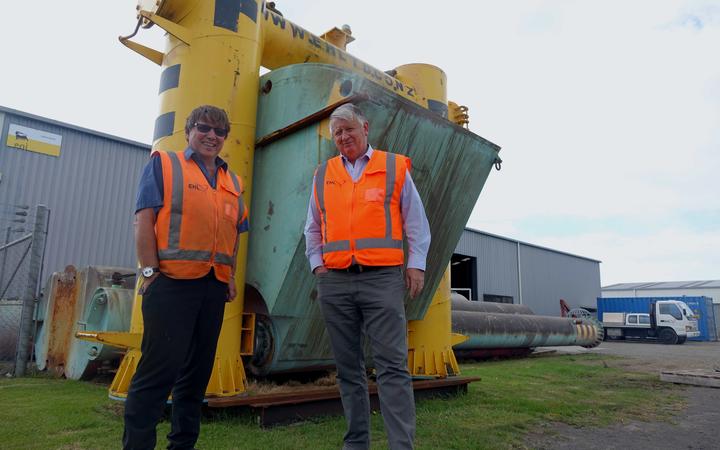 EHL Group, which provides hydraulic systems to the oil and gas sector, has developed a device which generates electricity from wave power.

Co-owner Peter Jannings said the device could also be used as a desalinator which would use wave energy to pump fresh water ashore.

"So imagine a device sitting offshore continuously providing you with fresh drinking water with no having to fill up the diesel tank all the time or a power bill coming in so it's just pumping that water in."

Mr Jannings said the fresh water would be created by forcing sea water through a special membrane at high pressure.

The device had a huge future particularly in the Pacific where islands are threatened by sea level rise, according to Mr Jannings.

"There's a lot of places looking for drinking water, irrigation for crops, farmers for their livestock. The world needs water."

EHL has applied for $US4 million from New Zealand's Provincial Growth Fund to continue to develop its wave energy device.