Tahiti are proud of what they've learned at the Under 20 football World Cup despite finishing bottom of their pool.

The French Polynesian's were outclassed in all three of their group games, losing 3-0 to Senegal, 5-0 to hosts Poland and 6-0 to Columbia. 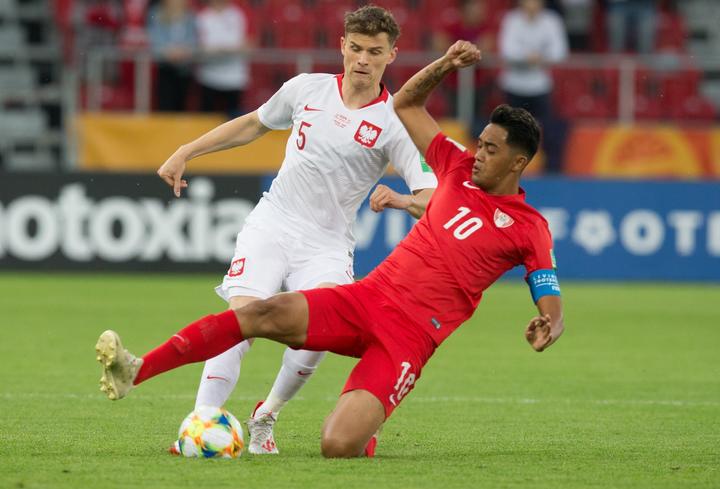 Tahiti's media officer Olivier Huc said Thursday's result against Columbia was a fair reflection of the level of football in both countries.

"Columbia is 50 million people and a great nation of football. Tahiti is a small island and there is a huge gap between these two teams so we knew it was a match very difficult," Huc said.

"They had 70 percent of the ball and I think six-nil is not too bad for our team." 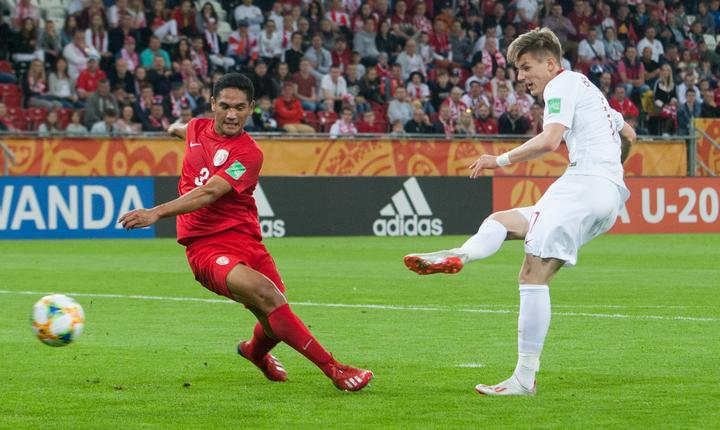 Tahiti conceded 14 goals across their three pool games while failing to find the back of the net. Photo: AFP

Tahiti had taken a defensive strategy into the tournament but backed themselves to score against the run of play, Huc said.

"During the tournament we tried not to think too much about goals. We had a strong midfield and played 4-5-1.

"We tried also to have some opportunities on counter attack but it was really difficult against Senegal, they are really fast. This match against Columbia also but they are technically far better than us.

"We were here to learn."

"For the second match we were playing in front of 17,000 people, with 12 cameras and the new VAR (Video Assistant Referee) system.

"So they were impressed by the environment because it's professional.

"They learned a lot about pressure because they have only two seconds to make a decision when they have the ball. It's not the same level as in Tahiti."