The Samoa women's rugby team are looking to build on their strong showing at last year's Oceania Championships, but are under no illusions about what's required to be competitive in the Asia Pacific Womens Championship.

The Manusina finished runners up at the Oceania tournament in November, in their first international matches in four years, beating Papua New Guinea and Tonga before being outclassed 43-12 by eventual winners Fiji. 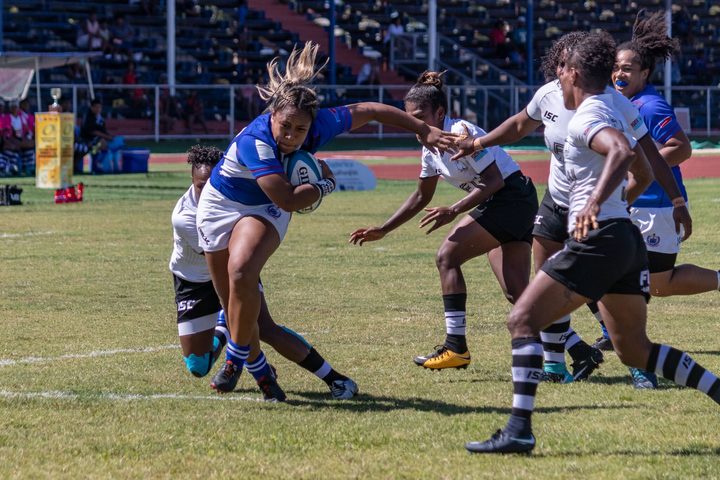 Head coach Ramsey Tomokino has selected 12 new caps in a 27-strong squad to face Hong Kong and Fiji and believes they can be competitive against difficult opposition.

"We will be a lot better this time because most of our girls are in-season, whereas November last year when that tournament came around club rugby had finished and we had a few girls playing (in New Zealand's domestic competition, the) Farah Palmer Cup so it was a bit of a mixed bag in terms of what level the girls were at," he said.

"But I'm quietly confident that [despite] missing a couple of key players from this one we've got a reasonably, possibly stronger all-round squad than we had in November and all the girls will be better for the experience and they'll know what it's like to play in Fiji."

Hong Kong opened the Asia Pacific Championship with a 29-10 victory over the Fijiana 15s on Saturday and Ramsey Tomokino said the territory are a much tougher opponent than many give them credit for.

"People in Samoa have already said to me: 'Surely you guys will deal to Hong Kong," and I'm just like, actually you need to go back two years they gave Fiji a towelling so they're basically going to be tough opposition and time's against us," he said. "My coaching appointment was made I think the Tuesday after Easter weekend, which only left us only two weeks to prepare."

Ramsey Tomokino said the future looks bright for the women's game with the Oceania Championship now locked in as annual event in November and World Rugby also providing funding for the Asia Pacific Championship.

"How it works is there's money ring-fenced and held at World Rugby and it's released on an as approved basis so we submit a budget - for example this campaign we'd submit a budget, this is what we require and they will release the funding to cover those costs." 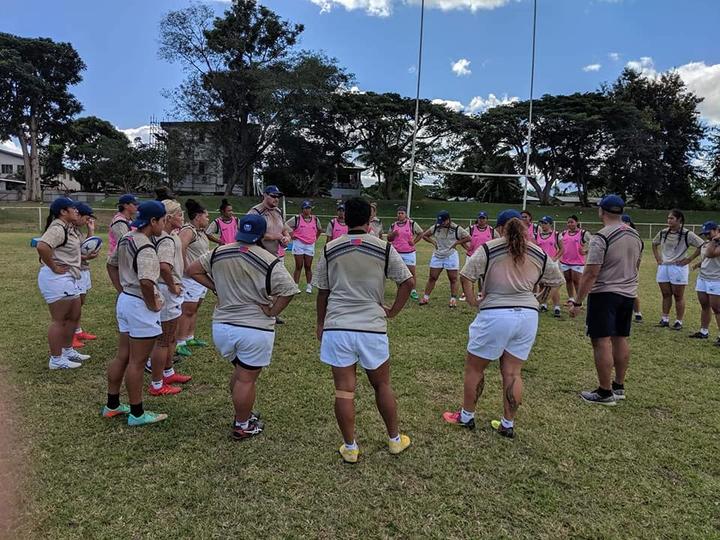 A former Samoa women's sevens coach, Tomokino said interest in playing for the Manusina is growing, with the current squad including an increased six players based in Samoa as well as others from New Zealand, Australia and one from the United States.

"It's actually great that World Rugby's put this (event) on for us - obviously there's massive growth in the women's game and we're just fortunate to be part of that and being able to be at the table to be able to play Hong Kong and Fiji to better ourselves," he said.

"And it really adds value to what we do in November (where the Oceania Championship will double as a 20201 Women's Rugby World Cup qualifier) in terms of starting and now the girls can see a few months down the track we've got more competition then a few months further down there's going to be more competition. It's going to be a twice-yearly sort of test window that the girls will think the can look forward to.

"I'm sure in the past what's deterred people putting their hands up for the Manusina - whether thats sevens or whatever - they might play sevens but they might have aspirations to play fifteens but there's been nothing for them to aspire to. Once that's out there and people can see that hopefully we will get more girls putting their hands up wanting to play for Samoa."