Warning - some people might find some of the details in this story distressing.

The Australian election result has precipitated a wave of suicide attempts among Manus Island refugees that the government can no longer ignore, a refugee advocate says. 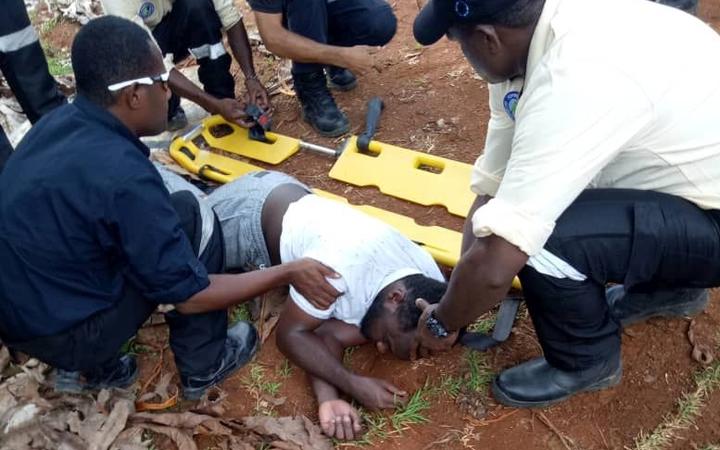 The Liberal Party-led coalition was returned to power on Saturday. It defeated the Labor party, which had promised to expedite the resettlement of about 900 refugees who have been detained by Australia without trial on Papua New Guinea's Manus and Nauru for six years.

The advocate, Ian Rintoul, said on Tuesday that seven refugees had attempted suicide since Saturday.

"It has been building for six years, but the weekend's election result has precipitated a crisis that the government can not afford to ignore," Mr Rintoul said.

"Offshore detention is slowing strangling the life out of its victims."

Mr Rintoul circulated a "heartbreaking" suicide note written by a 31-year-old Sudanese refugee, who attempted to hang himself on Tuesday morning.

Two other refugees were in Lorengau hospital on Tuesday after suicide attempts, another was discharged that morning while two others were in one of three refugee detention centres on the island, Mr Rintoul said.

Two other men, who had attempted to set fire to themselves on Sunday, had been moved from police cells to a low security compound, he said.

"The government has no resettlement arrangements for those still left on Manus and Nauru. Hundreds remain in limbo, and all hope is draining away."