Playing in her first ITF tournament in two months, the 26 year old beat the top seed, Russia's Valeria Savinykh, in straight sets in the final of the US$25,000 ITF event in Singapore on Sunday to cap a memorable week in which she also finished runner up in the doubles event with her partner Rutuja Bhosale. 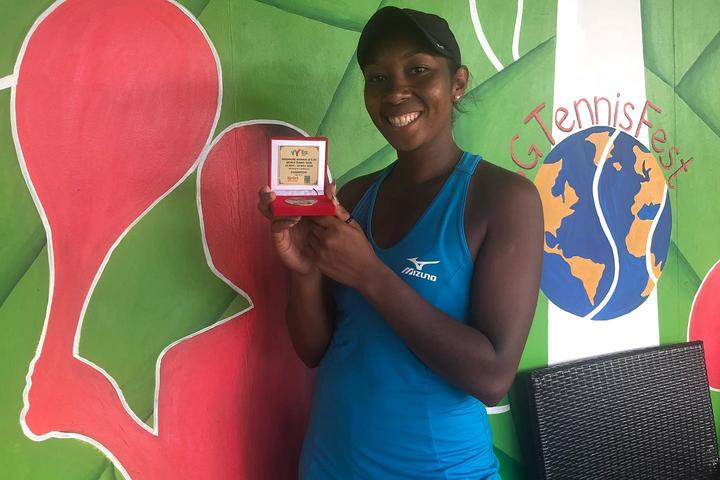 PNG's Abigail Tere-Apisah celebrates her win at the US$25,000 singles event in Singapore. Photo: Supplied

The Pacific Oceania Fed Cup representative said the result was all the more satisfying after battling through the stifling hot temperatures out on court, which peaked in the mid to high 30s.

"Earlier on in the week I had a tough match in my second round where I was down in the third set and with the weather being just very unpleasant I was really struggling too," Tere-Apisah said on the line from Singapore. "But having pulled that out it just makes it even more worth it that I have won this one this week."

Abigail Tere-Apisah is a five-time winner on the ITF doubles circuit but prior to last week had only contested one singles final at this level, in Cairns, Australia in 2017.

She said her previous experience did not even come into her thinking as she prepared for the final against a player who was ranked over 100 places above her and with a career best mark of 99 in the world.

"I sort of kind of kept my same mentality and my same attitude going into the match as I did on my other rounds, earlier in the week so I just kind of kept my routine the same, mindset the same and I just stuck with my gameplan and it worked," she said.

"Also I think doubles helps me relax a little bit in terms of not getting too uptight in my singles so I think they sort of compliment each other and I really do enjoy doubles." 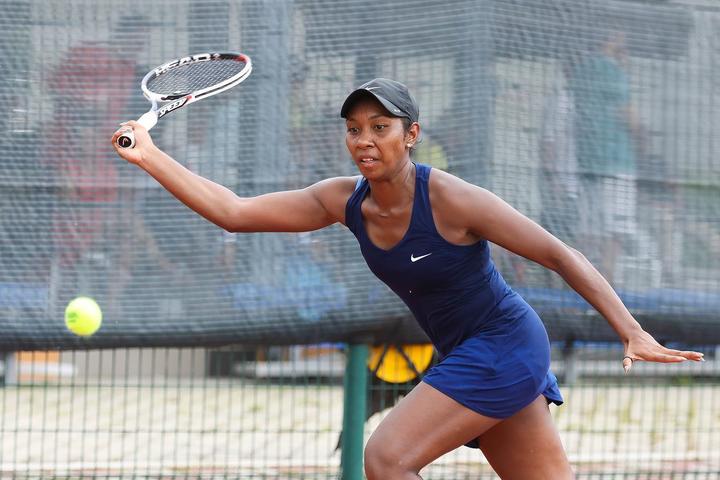 Abigail Tere-Apisah in action during the US$25,000 ITF event in Singapore. Photo: Supplied

After becoming the first Pacific Island woman to win a professional singles title, the Sydney-based Papua New Guinean hoped her success would inspire the next generation of tennis players in the region.

"It wasn't until I started reading posts online about it and it sort of got me thinking: "oh wow, yes, this is actually true", so it's a really nice feeling to be the first one in the Pacific Islands."

"...I see that there's some upcoming juniors in the Pacific and I do hope and pray that there are other players that come up at the elite level."

Abigail Tere-Apisah said her breakthrough result was especially rewarding after visa problems hampered her start to the year.

"I had a bit of a setback earlier this year waiting for my visa for Australia so I was stuck back home in PNG for four months so I just sort of had to do what I had to do and put in the hard work and I can see that it's paid off this week." 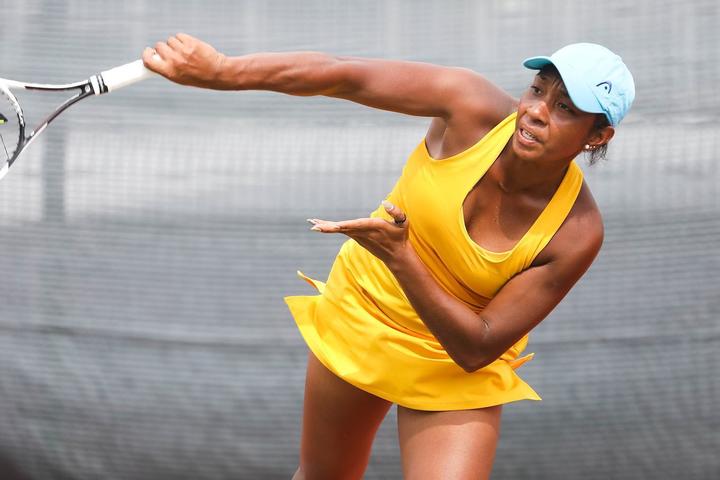 She said it was a constant struggle trying to make ends meet on the ITF circuit so her victory will provide a welcome financial boost and should also her help lift her current world ranking of 337.

"It's not easy, especially coming from Papua New Guinea, having to go through a lot of challenges and issues in terms of just everything."

"...I don't have to defend any (rankings) points until next month or July so any points that I earn now are just bonus points so I think it's definitely going to definitely bump my ranking up a little bit more."

After a day off on Monday, it's back to the grind for Abigail Tere-Apisah on Tuesday, in the first round of doubles at another US$25,000 ITF event being held in Singapore at the same venue, with her first round singles match on Wednesday.