Samoa's Prime Minister is targeting a return to competitive action at the upcoming Pacific Games in Apia. 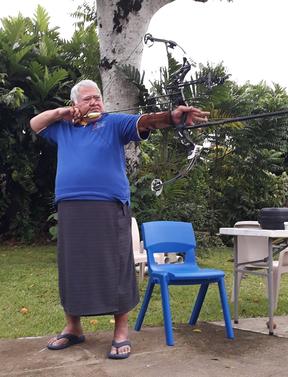 Tuilaepa Sailele Malielegaoi represented Samoa in archery when the country last hosted the Games in 2007, winning a silver medal in the mixed recurve team event.

The 74-year-old is dusting off his bow and arrow for another shot at glory but insisted he will first have to earn his spot in the archery squad.

"I am not a walk in," he said during a practice session at his residence on Saturday afternoon.

"There is no preferential treatment here and I am treated like any other competitor.

"Earning the right to represent your country at any international sporting event is the highest honour that any person can ask for and I will make the final cut to compete in the Pacific Games on my own steam power."

Tuilaepa became the first Prime Minister to compete in the Pacific Games during the 2007 event and said he had unfinished business after missing out on winning a gold medal 12 years ago.

"In my book, I have already won gold for Samoa as the oldest athlete to compete in the Games," said the Prime Minister.

The Pacific Games get undeway on 7 July, with about 4,000 athletes expected to compete in the two week event. 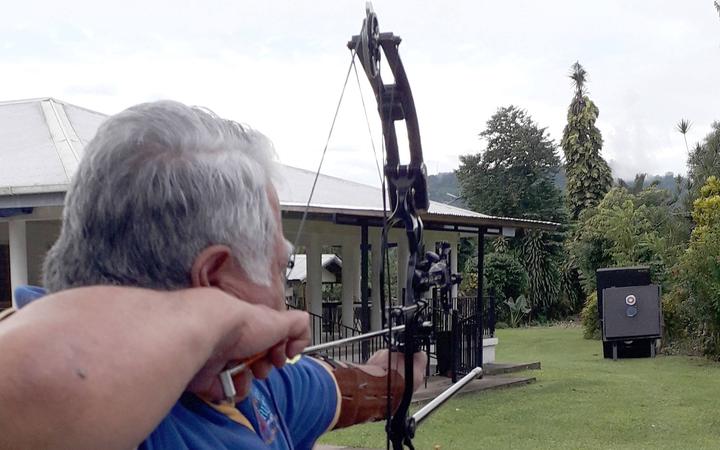