A bid to transfer the appeal against the Air Moorea crash convictions out of French Polynesia has failed. 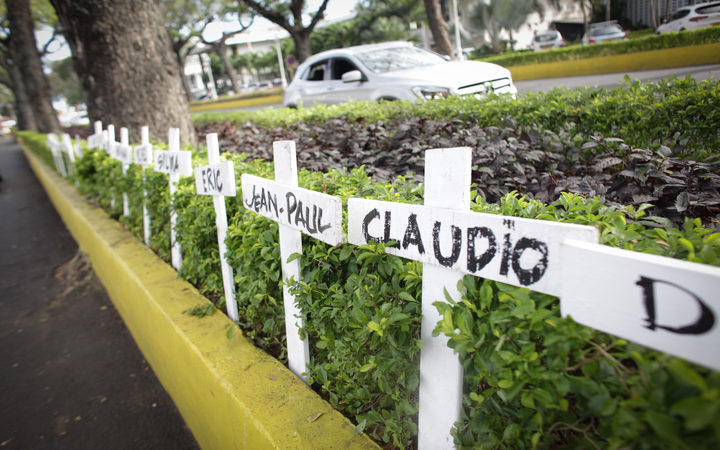 Crosses bearing names of victims set in front of Papeete Court house, on the first day of the trial of Air Moorea company, 11-years after the crash of one of its aircrafts in which 20 people were killed. Photo: AFP or licensors

The defence had argued the case should be moved away from Tahiti in order for it to be dealt with more dispassionately.

However, the request has been rebuffed, and a date for a trial is yet to be set.

In January, the criminal court in Papeete sentenced five former airline employees to prison sentences of up to three years, including the former manager, Freddy Chanseau.

They were earlier found guilty of involuntary homicide over the crash in 2007 when the Air Moorea Twin Otter fell into the sea shortly after taking off for Tahiti.

The court also sentenced the former head of the government's air safety unit to a prison term but cleared the head of civil aviation.

The judge said a rupture of the steering cable was the direct cause of the crash.

Last year, French Polynesia's Court of Appeal ruled that $US3.3 million had to be paid in compensation to the families of the victims.