Manu Samoa lock Kane Le'aupepe is still pinching himself after a whirlwind year which has seen him go from club rugby journeyman to established international.

The 26-year-old can now add professional rugby player to that list since being called into the Hurricanes squad at the end of March.

The Wellington-born Le'aupepe has benefitted from a dearth of second row depth in the capital, making his Super Rugby debut off the bench against the Crusaders and has since accumulated four caps and a try for his home-town team, including starts against the Highlanders and Chiefs. 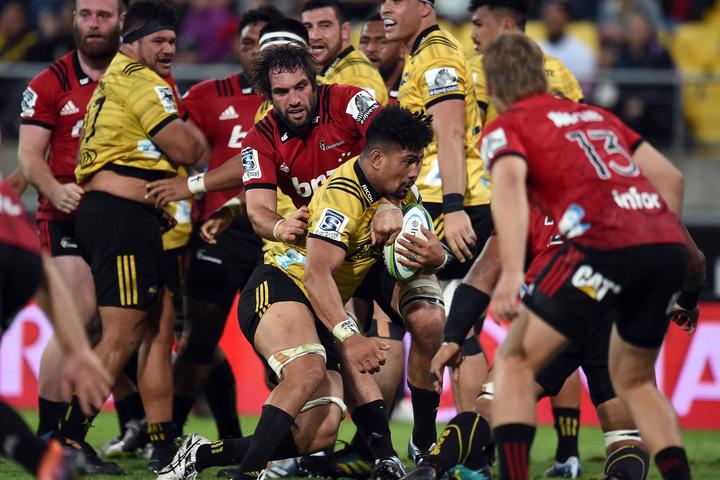 Kane Le'aupepe looks on in the background on his Super Rugby debut as Ardie Savea is tackled by Sam Whitelock. Photo: PHOTOSPORT

Le'aupepe, who was also a late call-up to Samoa's end of year tour squad in November, admitted it has all happened very quickly.

"In a lifetime really, I never expected ever to play Super Rugby so to be here now is pretty good. A bit late to the party at 26 but I never, definitely last year, never thought I'd even be playing Super," he said.

"At the start of the year I was not even thinking about playing Mitre 10 (for Bay of Plenty) so I thought...that whole childhood dream and what not was over but it's all happening now so I'm pretty stoked." 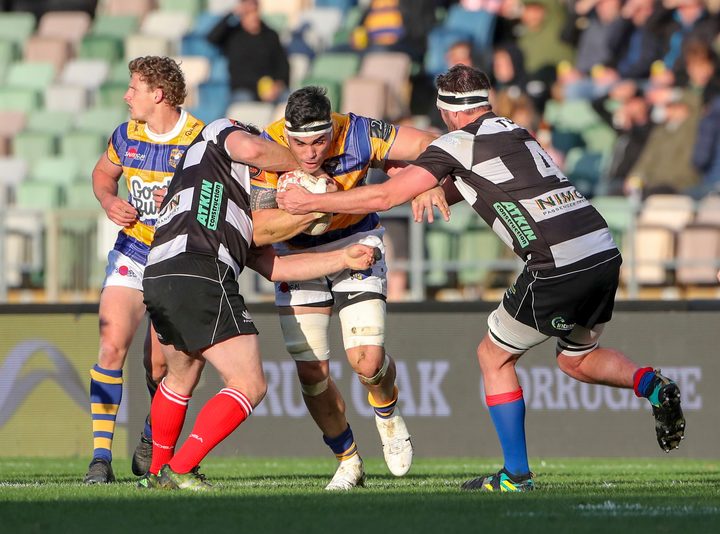 Kane Le'aupepe said he was a fan of the Hurricanes growing up but, by his own admission, never took the sport too seriously during his college years and was "a bit lazy growing up".

He made his provincial debut for Wellington in 2016 but said the catalyst for his recent success was the following year when he made the move to Mount Maunganui.

"I guess everything happens for a reason. I moved up the Bay: that was my stepping stone, they did a lot for me and (I had) a lot of support up there with my partner as well and her family helped push me through with rugby."

After injury ruled him out of contention for that years Mitre 10 Cup campaign, Le'aupepe finally made his Bay of Plenty debut in August, scoring a try in the Steamers opening-round victory against Taranaki. His form caught the eye of Manu Samoa head coach Steve Jackson and in November he made his test debut against the United States, in the unlikely setting of San Sebastián, Spain, before backing up with further starts against Georgia and Spain.

"It's a little bit of a blur to be honest. I couldn't believe it," reflected the Te Puke Sports second rower. "Playing for the Bay that was obviously an awesome privilege for me but then getting the call-up as injury cover for Samoa was unexpected, definitely.

"I never expected to play Super Rugby yet alone internationals so to do that - even when I was on my way there I still couldn't believe I was actually on the tour with the boys - and to get there was a massive moment for me and I guess really helped kick-start this whole thing with Super [Rugby] as well getting that international exposure." 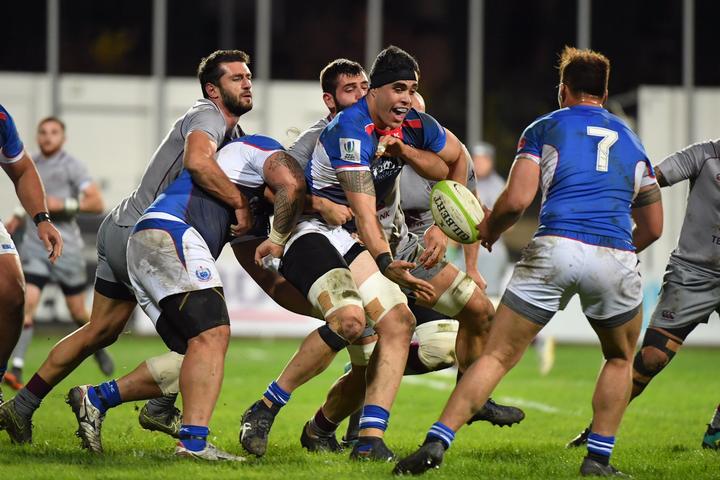 Le'aupepe said the chance to represent the Manu also enabled him to learn more about his Samoan culture.

"Both my grandparents are from Samoa - villages are Tanugamanono and Faleasiu. My dad grew up there as well. He came over when he was young so my grandparents brought them over for a better life, that's what a lot of islanders were doing back then," he said.

"...My parents split when I was young so I didn't see too much of my dad growing up - I see a lot of him now - but I was still around my grandparents and stuff, it's just we were never really spoken to in Samoan so my Fa'a Samoa obviously isn't that great. We got brought up with my mum so more on the English side."

"It was a special moment. My dad was especially proud, my grandparents were really proud - my grandpa said he always wanted a grandchild either in the black jersey or the blue jersey so to fulfil that dream for him was probably more special than doing it for me myself so everything I do really is all for my family and my partner so I'm just enjoying living the dream as long as I can really."

Samoa head coach Steve Jackson was full of praise for Le'aupepe's impact on tour with the Manu, telling RNZ Pacific in December he was one of "the three standout players of the tour" and said he could not understand why the 26-year-old did not have a Super Rugby contract.

"It's sort of come in a full circle," he said. "I've made my way back here and I'm in with these boys (at the Hurricanes) so I'm just grateful for every opportunity that's come my way."

The next opportunity is, of course, the Rugby World Cup later this year. Le'aupepe said the chance of playing in Japan is definitely in the back of his mind but for now he's focused on doing well with the Hurricanes. 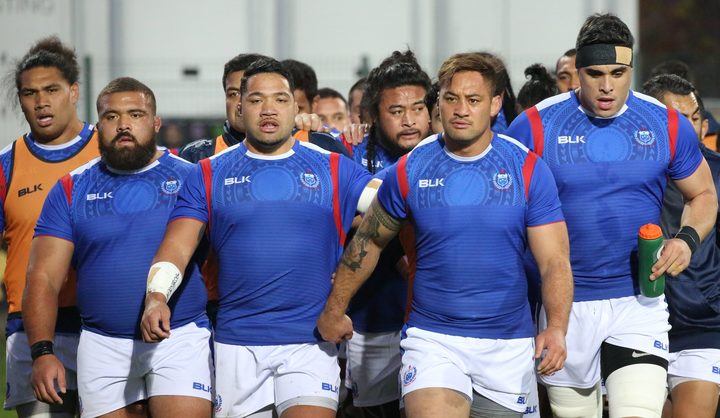