The former president of Nauru, Sprent Dabwido, has died in Australia. He was 46. 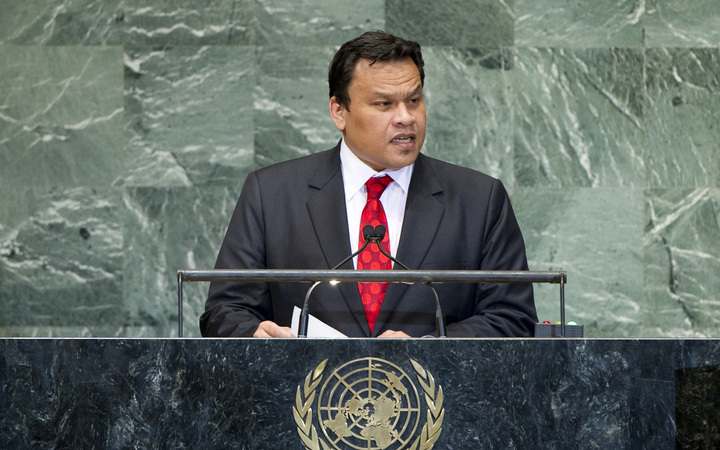 His death was confirmed by Mathew Batsiua, an opposition politician on Nauru and close friend of Mr Dabwido.

"Sprent died the way he lived. He was brave, outspoken and always kept his sense of humour, even in the worst times. Sprent was a truth teller until the end," Mr Batsiua said in a statement.

"He also died happy, surrounded by people who loved him."

A former professional weightlifter, Mr Dabwido was president from 2011 to 2013, a period defined by his decision to allow the reopening of Australia's asylum seekers detention centres on Nauru.

It was a decision Mr Dabwido would later come to regret. He told the Australian broadcaster SBS in March the decision had turned Nauru "upside down," breeding corruption and greed on the island.

But his final years were consumed by a battle with the current government of President Baron Waqa, a battle which drained him both financially and personally.

Mr Dabwido was one of the leaders of the Nauru 19 group of opposition figures who have been hauled through the courts after a crackdown on anti-government protests in 2015. 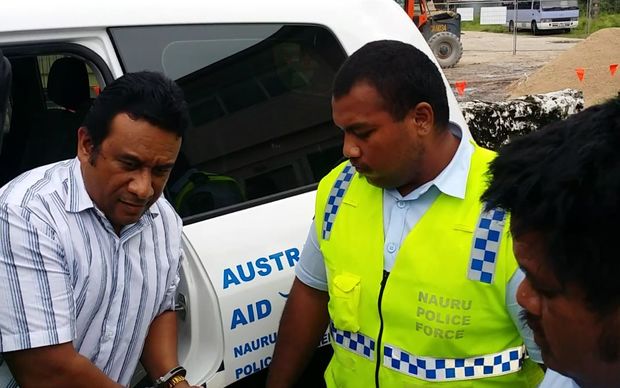 During the Nauru 19 protests in 2015, Mathew Batsiua (left) was arrested. Mr Dabwido was one of the group's leaders. Photo: SUPPLIED

That reaction led to widespread condemnation from human rights groups and New Zealand's decision to temporarily suspend aid to the island. But it was also met with an awkward silence from Australia.

Last year, the case was effectively acquitted, with an independently appointed judge, Australian Geoffrey Muecke, describing the Nauru government's actions as a "shameful affront to the rule of law."

Justice Muecke also ruled the Nauru 19 had no prospect of a fair trial as the government was "willing to expend whatever resources, including financial resources, as are required" to have the group jailed.

The case is still being tried through a newly created appeals court.

Mr Dabwido's fight continued into his dying days. Earlier this year he sought political asylum in Australia, claiming Mr Waqa's government had gone out of its way to prevent him from accessing specialist cancer care.

"Today, the government and the MPs who have supported them have the blood of a former president on their hands," Mr Batsiua said in his statement, adding his disappointment at being denied a final visit.

"The Nauru government refused us passports despite a request from myself and others to visit Sprent before his death."

Sprent Dabwido is survived by his wife Lucinda, who he married in a ceremony shortly before his death.