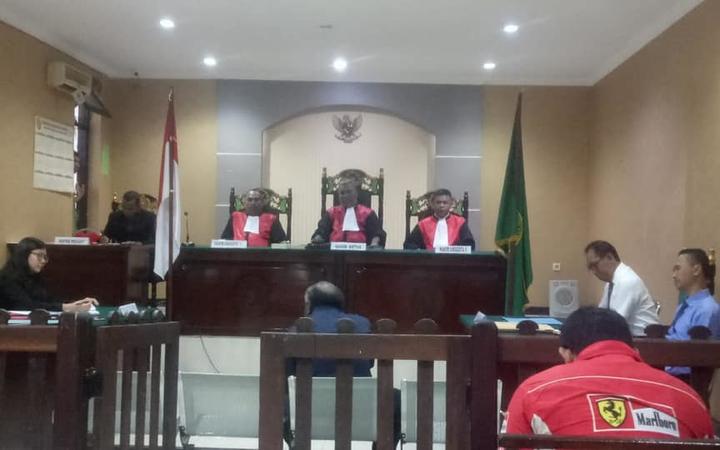 Yakonias Womsiwor and Erichzon Mandobar were detained in September when authorities raided an office of the West Papua National Committee (KNPB).

According to their lawyer, Yakonias Womsiwor and Erichzon Mandobar were shot several times by security forces during the raid on the committee's Timika office.

They are being charged with disobedience against authority after weapons were found in the raid.

Prosecutors this week called for between one and two years jail for the defendants, who insist they are being framed by the military.

The trial continues today in the Timika district court.

Three other Papuans have been charged with treason after a separate December raid on the same Timika office.

Their lawyer, Veronica Koman has also filed a civil lawsuit against Indonesian police for more than $US80,000 in damages sustained to the KNPB Timika secretariat when police forcibly took control of the premises last December.