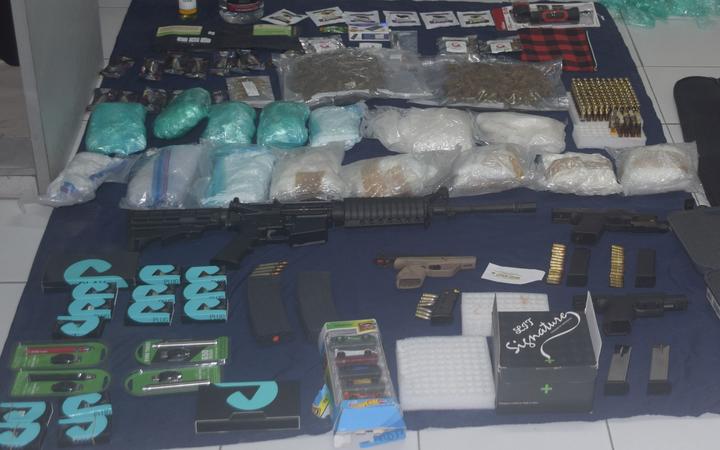 Tongan police have arrested a customs official in connection with the seizure of millions of dollars worth of drugs.

Police said on Friday they had arrested a senior customs officer on Wednesday after intercepting a drug haul earlier in the week.

On Monday, police nabbed $US2.6 million ($NZ3.9 million) in drugs smuggled from the US including more than six kilograms of methamphetamine.

They said five illegal firearms were also found with ammunition.

The 59-year-old man man arrested in connection has been remanded in police custody pending investigations.

"These drugs and firearms, should they have made it to the streets, would have caused significant harm to our people and communities," said deputy police commissioner Pelenatita Vaisuai in a statement.