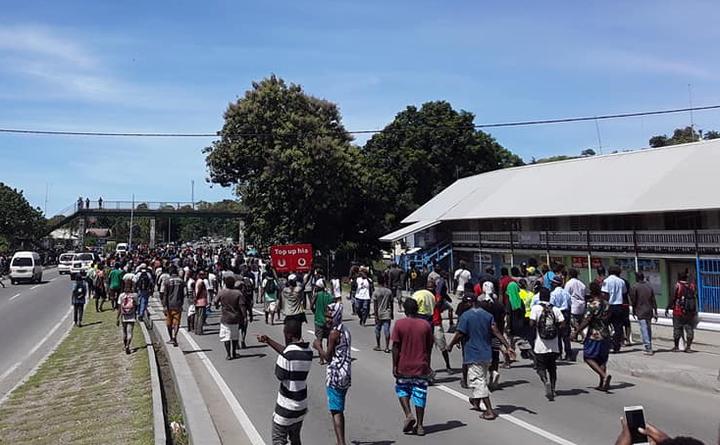 One of the angry mobs in Solomon Islands walking down the main road past Chinatown in Honiara after the election of the prime minister. 24 April 2019 Photo: Gino Oti

Solomon Islands police have arrested more than 30 people for offences following disturbances in Honiara in the wake of the election of Manasseh Sogavare as prime minister on Wednesday.

Police say some members of the public took the law into their own hands and marched through Honiara, causing public disturbances, fighting and property damage.

Significant damage occurred at the Pacific Casino Hotel and a number of vehicles were also damaged.

Marches had been banned by police during the prime ministerial vote and the Solomon Star newspaper reports that police may make further arrests.

Five police and four prison officers were injured during the rioting.