There are no plans to change Coca Cola's sponsorship of Fiji's Secondary Schools Athletics Finals, known as the Coca-Cola Games.

The games ran over three days this week at ANZ Stadium in Suva. 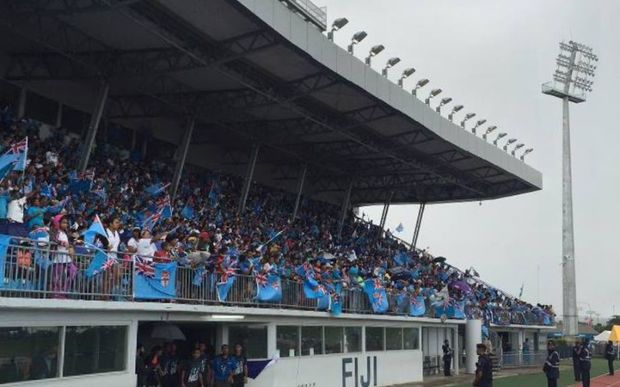 The stands were packed at ANZ Stadium in Suva for the Fiji sevens team's welcome home celebration. Photo: Fiji Government

The head of Fiji's Secondary Schools Athletics Association, Vuli Waqa, said the sponsorship came from the company, not the drink itself and only Powerade and Fiji Water was given to children competing, not the soft drink.

When asked about the mixed message of promoting sugary drinks when the population is struggling with rising rates of non communicable diseases (NCDs), Mr Waqa said the sponsorship had a long history and other businesses were not coming forward.

Without the sponsorship the event may not be possible, he said, jeopardising the participation of thousands of children from all over Fiji, which greatly improves their health.

"Our contribution to (alleviating) NCDs is probably the biggest. We move so many thousands of people to be active, simply because of the Coke Games," Mr Waqa said.

"If the Coke Games are not there then we will not be able to mobilise so many, like forty or fifty thousand people. And to me that is a big contribution to fighting against NCDs."