A leading West Papuan peace campaigner, Neles Tebay, has died in Jakarta after being hospitalised with leukemia.

A Catholic Priest and academic as well as the co-ordinator of the Papua Peace Network, Dr Tebay was a tireless advocate for dialogue between West Papuans and Indonesia's government over the political conflict in their homeland.

He was involved with the most effective initiatives on this front in Reformasi era Papua.

These included the Indonesian Institute of Sciences' strategic Papuan Road Map produced ten years ago which called for the country to confront its troubled history in Papua with an inclusive approach.

Dr Tebay urged Jakarta to create inclusive dialogue that involved West Papuans who fought for independence as well as those who campaigned from exile abroad.

Based at the Catholic Diocese of Jayapura, he embraced on the difficult task of trying to find common ground among those on opposing sides of the conflict.

In 2017, it was Dr Tebay who Indonesia's president Joko Widodo suggested should be mediator for talks between his government and Papuan civil society, church and customary leaders.

The widely respected intellectual was a consistent voice against adopting military approaches to solving the political conflict in Papua.

In 2013, he told RNZ Pacific that a significant dialogue process was imperative if there was to be peace in West Papua:

"For the government and indigenous West Papuans to jointly identify the problem and its root causes and jointly discover independent solutions so that the result of the dialogue would be that every person living in West Papua can express freely its opinion."

Despite Dr Tebay's efforts over the years, there is still some way to go to achieve the goal of inclusive dialogue over the problems in West Papua. 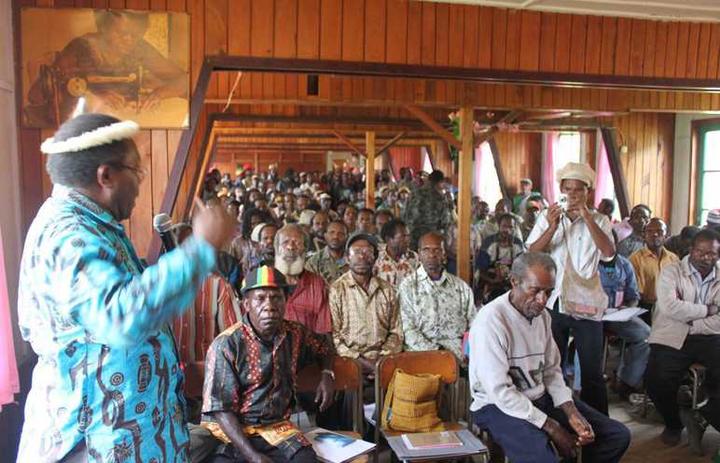 Born in what is now Dogiyai regency of Papua province, Dr Tebay studied theology at Fajar Timur in Abepura, Papua.

After his ordination in 1992, he obtained a Masters Degree in Manila and a Ph.D in missiology at the Urbania University of Rome.

He published books and a large number of articles, and wrote for local and national Indonesian newspapers, often about Papua's problems and the possibilities for a peaceful solution.

Dr Tebay was under intensive care for the last few weeks at Saint Carolus Hospital in Central Jakarta before he died yesterday, aged 55.