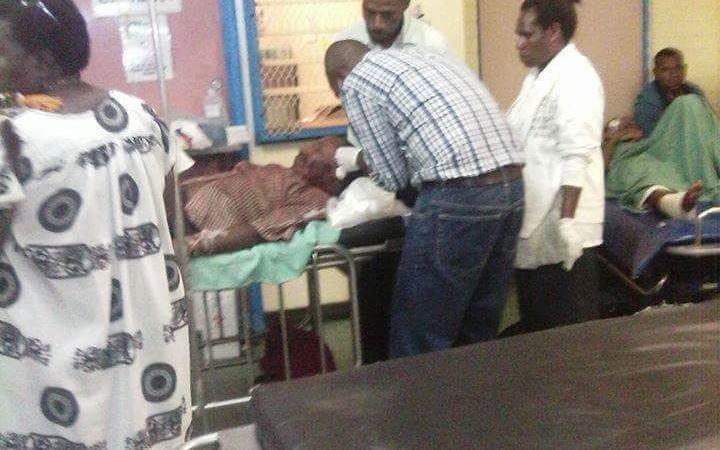 Papua New Guinea's government was forced to pay out hundreds of thousands of dollars to protesting landowners in the Eastern Highlands on Sunday after they cut off the water supply to a major township, a health official said.

The provincial hospital authority chief executive, Dr Joseph Apa, said landowners in Komiufa village dammed a nearby stream about two weeks ago, disrupting the flow to a water treatment plant in Goroka town, which has a population of around 19,000.

The result was disastrous: a 300-bed hospital was forced to close as water tanks across the region ran dry, forcing locals to collect rain water with pots and pans.

"It's like a human created disaster here," Dr Apa said in an interview on Wednesday.

With officials scrambling after Goroka Hospital's closure on Sunday, meetings were convened with the protesting landowners, who had claimed the government was 20 years behind on land lease payments.

In the end, the landowners got a payout of nearly $US800,000, according to Dr Apa, who added he was sympathetic to their cause.

"It is what's supposed to be done long time ago."

The river barricade was lifted shortly after and Dr Apa said normal operations at the hospital resumed on Monday.

But the environmental hostage-taking of Goroka showed just how dangerous bubbling landowner resentment is in Papua New Guinea.

Rural communities make up around 87% of PNG's population and customary land rights are a frequent fighting point with the government, especially in the resource-rich highlands.

Dr Apa said he worried the same tactics could be used again to force the government to make payments.

The crisis also compounded an already severe struggle to access clean water in PNG, with locals in Goroka complaining of sediment piling up at the water treatment plant.

"You have a population increase there where they just throw baby diapers into the feeder stream that supplies the water," said Gloria Mahabi, a receptionist in the town.

She said there had been an outbreak of typhoid in Goroka since last year because of the unclean water supply.

Elsewhere in PNG, the situation is even grimmer.

On Wednesday, local media reported a psychiatric hospital outside the capital Port Moresby had been closed after an outbreak of Hepatitis A.

Laboratory tests confirmed two wells used at the hospital had been contaminated with bacteria for 19 years. 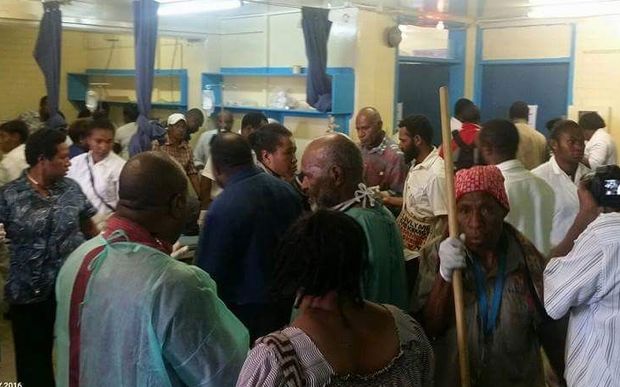