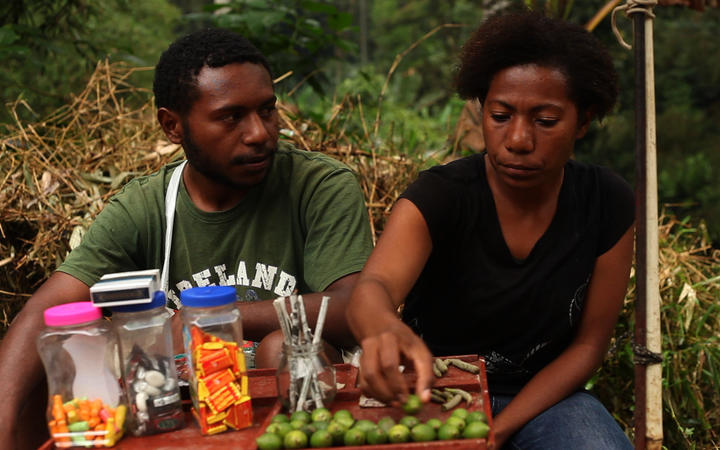 Aliko & Ambai is about two young women facing the challenges of growing up in Eastern Highlands, including tribal conflict, domestic violence and forced marriage.

The film's co-director and writer, Diane Anton, said it challenged both men and women to confront and overcome the suppression.

By not shying away from issues around the treatment of women, the film has had an impact on the wider PNG community, Ms Anton said.

"Also men are talking about this, like about what they've been going through. It's true, some have admitted that 'oh yeah I've been doing this and I need to change this', or 'I know of people or other men who are doing this'," she said.

"I guess we're not trying to pinpoint men. It's targetted to everyone. 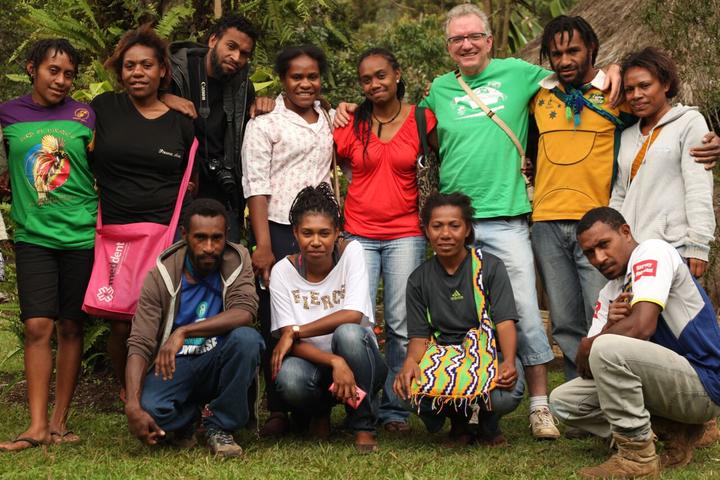 The crew of 'Aliko & Ambai', including co-directors Diane Anton (centre, red tee-shirt) and Mark Eby (next to Diane, with green tee-shirt) Photo: Supplied

"It also challenges women to stand out and talk about these type of issues that we're going through."

The film also portrays the good and bad sides to the emphasis on family in PNG society.

"Melanesia has a strong family culture where sometimes you as an individual want to make a choice or a decision, however, your choice and decision is being affected by what the community thinks you should do," she said.

Ms Anton noted the increase in programmes by NGOs and communities to help empower PNG women. Aliko & Ambai is also about women's empowerment, with the two main characters navigating their own paths to rise above significant setbacks.

"I guess the message we want to show is: women, you can do it. Even though you are suppressed or you have a lot of issues that are stopping you from achieving your goals, you can do it." 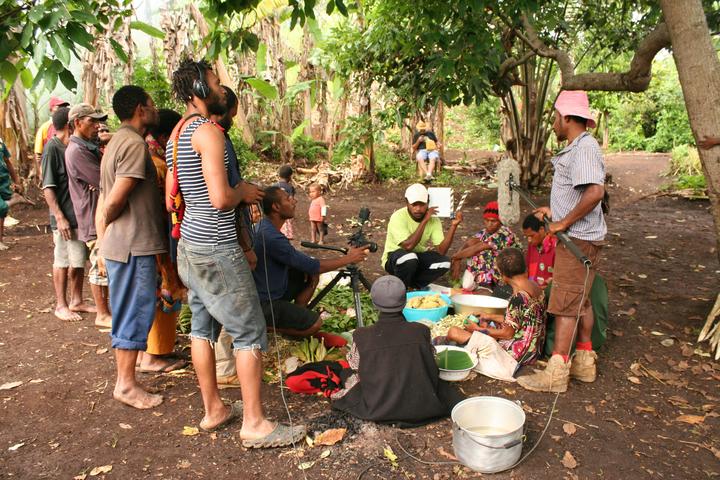