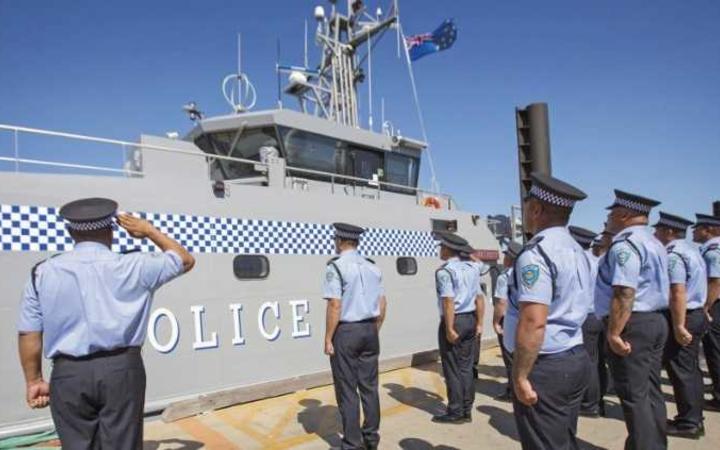 Members of the Tuvalu Police Force at the handover ceremony of Te Mataili II (a patrol boat gifted by Australia). Photo: Commonwealth of Australia

The Te Mataili II was officially handed over at a ceremony in Western Australia, attended by Tuvalu's prime minister, Enele Sopoaga and members of his government.

The vessel will be operated by the maritime surveillance unit of the Tuvalu Police Force.

It's the second patrol boat to be given to a Pacific Island nation under Australia's Pacific Maritime Security Program's Pacific Patrol Boat Replacement project.

In November 2018, another patrol boat, the HMPNGS Ted Diro, was handed over to the government of Papua New Guinea.

Australia's Defence Minister Christopher Pyne said the country would give 19 more patrol boats to 12 Pacific Island countries over the next few years.