Samoa played their opening match of the tournament beating Scotland 17-7. Meanwhile, Tonga and Cook Islands are trying win a place on the next Sevens World Series at the qualifying tournament in Hong Kong.

Today, they meet Uganda in their final pool game.

Yesterday, Tonga beat Zimbabwe 29-12 and they also beat the Philippines 36-17.

And Papua New Guinea have failed to win a place in the Sevens World Series at the women's qualifier in Hong Kong.

After winning through to yesterday's quarter finals against Scotland, the Palais were beaten 36-12 by Scotland. 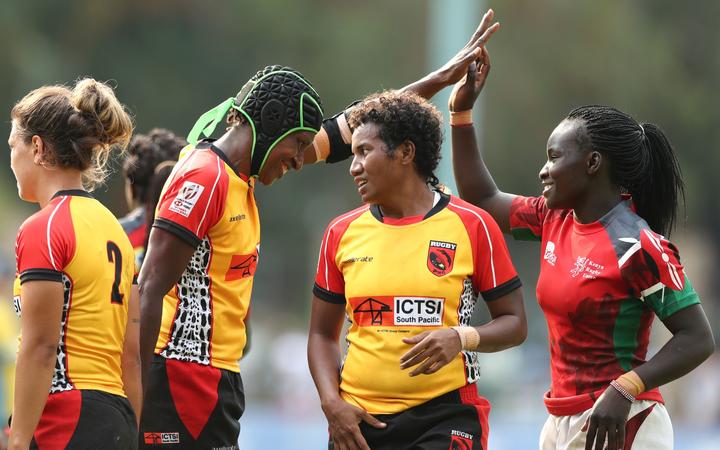 Papua New Guinea's Fatima Rama and Kenya's Grace Okulu high-five with each other after the game on day one of the World Rugby Women's Sevens Series Qualifier in Hong Kong on 4 April, 2019. Photo: Mike Lee - KLC fotos for World Rugby