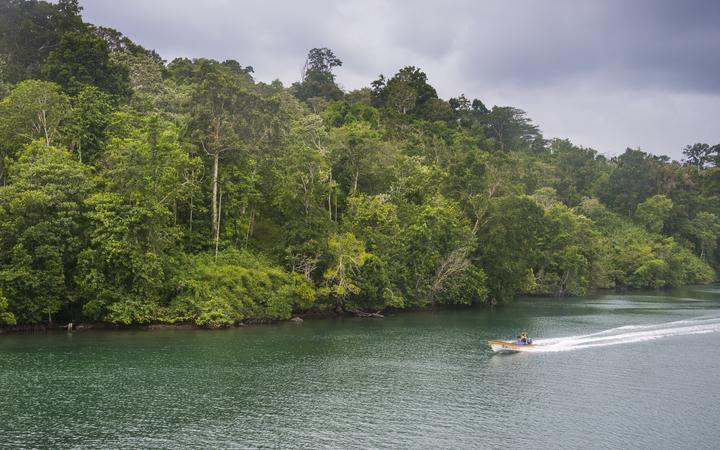 A boat on a river in the jungle of Manus Island Photo: AFP/ Michael Runkel

The clans together own 43,000 hectares in the island's centre and they've opted to conserve it rather than bow to the pressures of logging and mining.

They were mustered by the NGO Wildlife Conservation Society, whose PNG director, Ambroise Brenier, said Manus Island was a biodiversity hotspot.

"There are a lot of high-value timber species in this forest that are targeted by the logging industry," Mr Brenier said.

"You also have a lot of species that you cannot find anywhere else on earth and it is because the island is quite isolated from the PNG mainland so the species evolve differently there."