Two Fiji schools repaired after Cyclone Winston will have to be rebuilt because the repairs did not meet building standards, the government says. 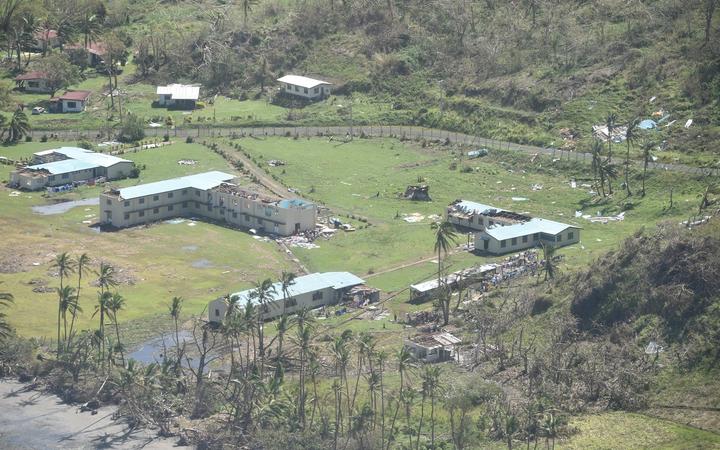 Saint John's College in Fiji - a day after Cyclone Winston hit the country in 2016. Photo: Supplied

Queen Victoria School and St John's College were destroyed by the 2016 cyclone, and their repairs were carried out by Indonesia and the US Navy.

The attorney general, Aiyaz Sayed-Khaiyum, said the repairs should have involved local consultants.

"Following the reconstruction by Indonesia, it was subsequently discovered that the construction was not up to scratch and did not meet the local standards," he said.

"So when CIU (Construction Implementation Unit) was asked to go and fix up the problem, then they discovered the problem was a lot bigger.

"The reality is - we need to rebuild."

In December last year, the government said it hoped to have all the 207 schools damaged to be fully operational by September this year.

Opposition MP Ro Teimumu Kepa this week questioned the government on what it would do differently after evidence of major defects were found at the two schools.

Mr Sayed-Khaiyum said the Indonesian government had agreed to fully fund the rebuild of Queen Victoria School and the US Navy St John's.

CIU was not involved in the initial repairs but had recommended Indonesia engage local engineers and consultants which it failed to do, he said.

Meanwhile, Australia is responsible for rebuilding schools on Koro Island, north-east of the capital Suva.

That work is ongoing but Australia was having issues with local contractors, the attorney general said.

New Zealand has completed schools in Vanuabalavu in the Lau group.