The Solomon Islands police commissioner is appealing for calm on the eve of the country's election. 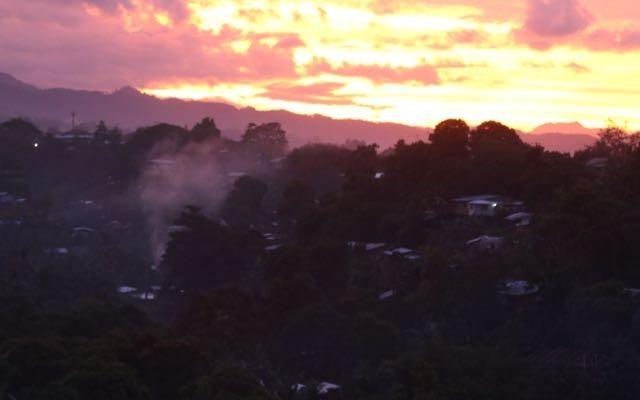 The sun sets over Honiara on the eve of the Solomon Islands election, on a night widely known as 'Devil's Night.' Photo: RNZ / Koroi Hawkins

Known locally as 'Devil's Night,' election eve has in the past been characterised by fervent last-ditch campaigning, scare tactics and vote-buying.

To try and curb this, for the first time, a campaign blackout and liquor ban kicked in today.

The commissioner, Matthew Varley, said old habits appear to be dying hard, and is appealing for Solomon Islanders to think carefully about the decisions they make.

"When people talk about devil's night my question is how much is your vote worth? How much is your voice worth? Because this is what a person's vote is. It is their right to choose the leaders of this nation," he said.

"And if we are going to sell our vote for $200 or a bag of rice then I think we can do better than that."

Mr Varley said police were ready for Wednesday's polls and the counting period that follows.

He said there had been several arrests, mostly of drunk people.