A young Fijian dance crew hopes to make their country proud when they compete against other groups from the Pacific at the International Hip Hop Dance Competition in Auckland this month.

Crews from Tonga, Samoa, Tahiti, Fiji and New Caledonia are competing in the New Zealand event, and the winner will represent the Pacific at the World Championships in the US in August.

Fiji's Mata group leader Tevita Tobeyaweni said their dance styles consist of what hip-hop means to young Fijians but they also want to stay true to their culture.

"We all know what it's like to be from the Pacific and have that understanding that dance has been instilled in us ever since we were young. The dance industry in Fiji is starting to flourish.

"This trip to NZ is a huge exposure because most of them haven't travelled overseas and to be able to share and learn a lot from it is a really huge step in their artistic life."

He said the name, Mata, is from the Fijian word, "mataqali", which means clan or unit.

Mr Tobeyaweni said members are aged between 13 and 25 years old, and come from different ethnic backgrounds and dance styles including cultural and contemporary art. 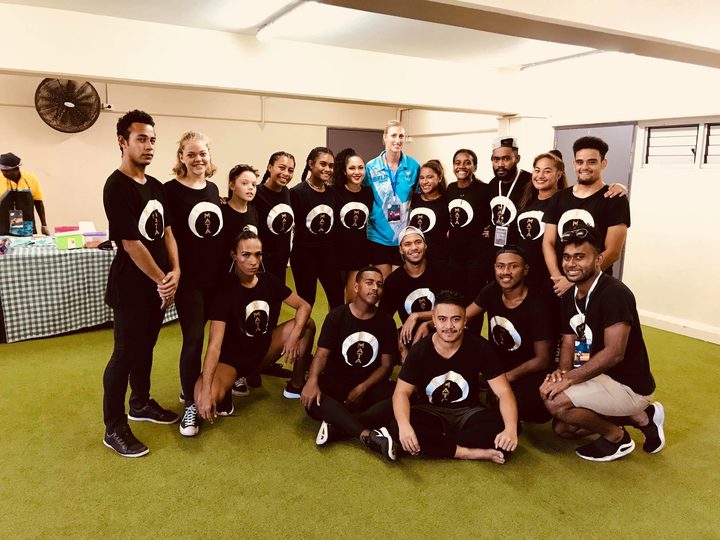 The Mata hip-hop dance crew with Fiji rugby official Demelza Fellowes during a function hosted for the group by the FRU in Suva. Photo: Supplied

He said the hip-hop dance culture is growing in Fiji adding they had dozens of applicants applying for a place in the group.

He said they were challenged in their preparations the past two months but have remained positive.

"We'll make it across that stage and we'll make Fiji proud," he said.

"The hip-hop dance culture in Fiji has changed. It's diverse because of the influence of technology and social media.

"But we want to stay true to our culture and who we are as Fijians."

Mr Tobeyaweni said the 20-member Mata hoped to learn as much from the NZ competition to pass on their new skills to other dancers in Fiji.