It doesn't get any easier for the winless Papua New Guinea Hunters rugby league team, who begin an arduous three-week road trip away to the league-leading Easts Tigers this evening.

The Hunters are 13th in the Intrust Super Cup after losing their first three games of the season.

The squad has been boosted by the return of former captain Ase Boas at halfback but Joe Joshua, McKenzie Yei and Junior Rop have all been stood down from this weekend's clash after after missing a team recovery session. 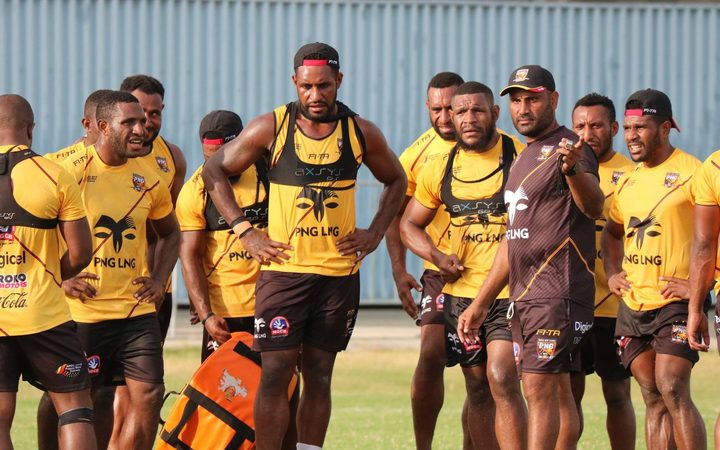 Coach Michael Marum admits it's not the ideal preparation for a clash with the unbeaten Tigers.

"It's going to be tough. All we need to do is just focus on our training, prepare well here, turn up and bring our best game together. We believe all these boys, there is a couple of issues with some of the boys...the boys that have been brought in they need to understand what they're here for and that sort of thing," he said.

The Hunters will also play the Norths Devils and Central Queensland Capras over the next fortnight in a challenging three-week stretch away from home.

Michael Marum said they've yet to decide whether the players will return to PNG in between games.

"We looked at the options of staying down there but we're also mindful of the cost of accommodation and everything else, booking field venues for training and that sort of thing."

"We have an airline sponsor which is taking the team down and back, so that's not a concern for us cost-wise but I have options that in order for the team to prepare well just at least have a week down there instead of travelling but we will have to speak to the office people again."

Centre Shane Haro, backrowers Kevin Appo and Epel Kapinias will all make their Queensland Cup debut for the Hunters this evening, with Woods Kawage also set to feature from the bench.