A project implemented by the Secretariat of the Pacific Regional Environment Programme, or SPREP, has improved regional hazardous waste management across the Pacific. 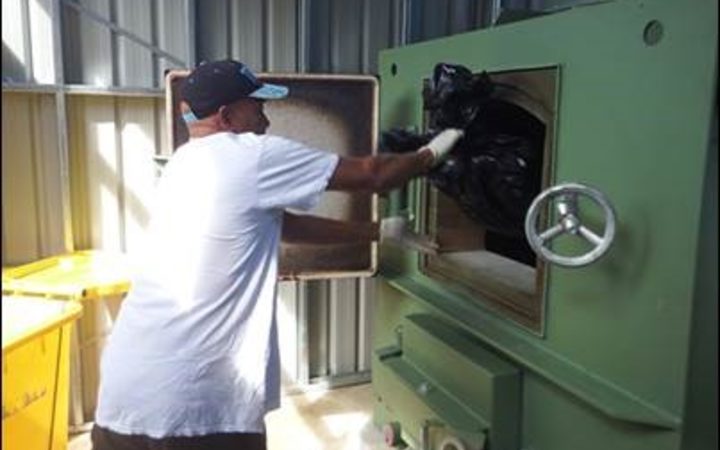 The new incinerator at Vaiola Hospital in Nuku'alofa. It was the first of four incinerators to be installed across Tonga. The other incinerators will be located in Vava'u,Eua and Ha'apai. Photo: SPREP

The PacWaste project has allowed the quick and safe disposal of hazardous waste, in accordance with internal guidelines and environmental regulations.

The Programme's waste management director, Doctor Vicki Hall, said one of the main challenges faced in the Pacific is disposing of medical waste in a safe, secure and cost-effective way.

She said state-of-the-art healthcare incinerators had been installed in Tonga, Tuvalu, Vanuatu and Kiribati.

"They're reducing waste output, protecting the environment, and improving public health and they're helping to preserve the natural beauty of these stunning places," she said.

She said the incinerators provided a safe, sustainable way to securely dispose of waste at remote locations.

Dr Hall said the dual-chamber medical incinerators can also be operated by the local communities.

"The proposed solution had to be capable of handling all types of waste."

Despite being specialist equipment, Dr Hall said the dual-chamber medical incinerators could also be operated by the local communities.

"As well as providing a mechanism for the safe disposal of healthcare waste, the new incinerators will reduce the quantity of dangerous airborne contaminants, like dioxins, that previously occurred through the uncontrolled or low temperature burning of healthcare waste," she said. 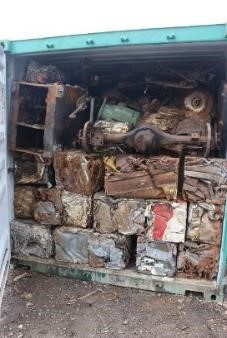 The project was funded by the European Union.

Last month, SPREP said it hoped the shipping company, Swire, would agree to increase the number of shipments it provided to remove electronic and other unwanted waste from the Pacific.

Director-general, Leota Kosimiti Latu, said since a deal was struck with Swire a year ago, the company had taken three shipments of end-of-life vehicles, PET bottles and scrap metal from the region.

"I just came back from Singapore where I met with Swire shipping's director in Singapore and we discussed the need to increase the number of shipments out of the region so that's what we're looking at," Leota said.

He said the deal with Swire included the United Nations Environment Programme dealing with the management of hazardous waste.

He said SPREP also hoped the UN body would help remove other types of waste from Pacific countries, for whom the cost of shipping was prohibitive.

Establish recycling operations in the Pacific with the help of funding agencies like the World Bank was another of SPREP's ambitions, Leota said. 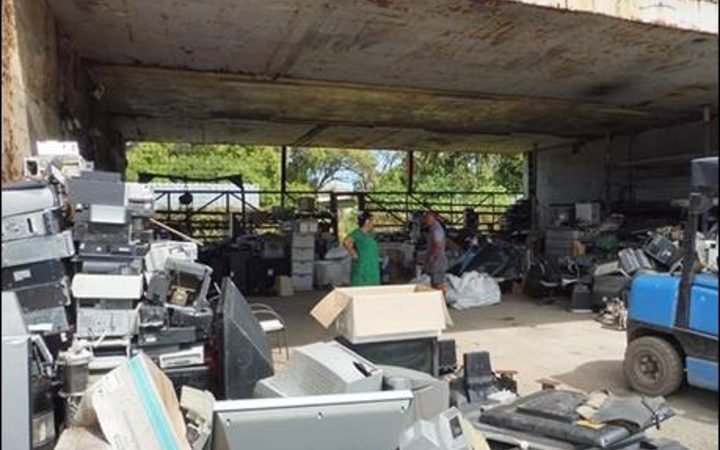 Over four months, E-waste items were collected in Rarotonga and sent to CIGT for dismantling and export. Photo: SPREP