A Japanese low-cost carrier that kicked off charter flights to Saipan last week is looking at bringing in up to 50,000 Japanese tourists to the Northern Marianas every year. 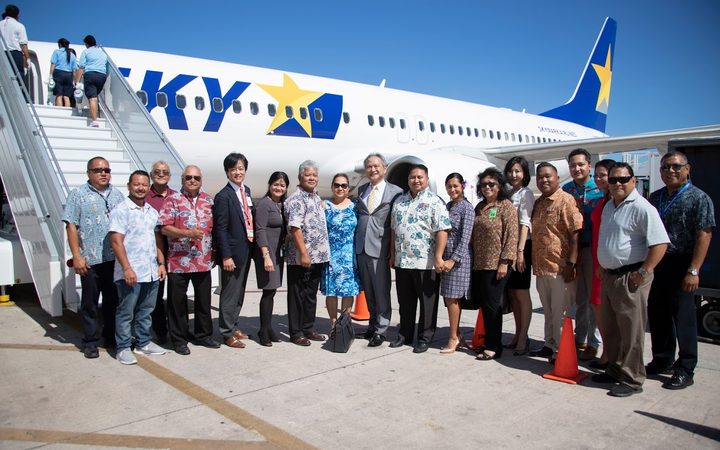 Skymark Airlines, which is the first Japanese carrier to fly directly to Saipan since Japan Airlines left in 2005, said when it launches direct flights in July 2019 it expects to revive the CNMI's Japan market, as is hoping to carry 50,000 tourists annually.

The inaugural charter flight last Friday had 173 passengers and also marked the first time Skymark, which is a domestic airline normally, ventured outside of Japan.

Governor Ralph Torres said he wants the Skymark direct flights to become the gateway of travellers from Japan and Asia to visit the U.S. mainland.

He also believes the new service will spur new Japanese investment to the CNMI.