Amnesty International is calling on the Fiji government to do more to address human rights concerns in the country.

Roshika Deo said this was in stark contrast to "Fiji talking the talk on the world stage" as vice-president of the United Nations Human Rights Council.

Ms Deo said one of the action points was the establishment of an independent body to investigate the use of violence by security forces.

"[Un]til now, investigations into all forms of ill treatment or punishment or violence by the security forces are being done by themselves. So they're investigating each other. And that creates concern in terms of the impartiality of the process," she said.

Roshika Deo said Fiji's civil society groups were in the process of submitting reviews of the government's human rights record for the UN. 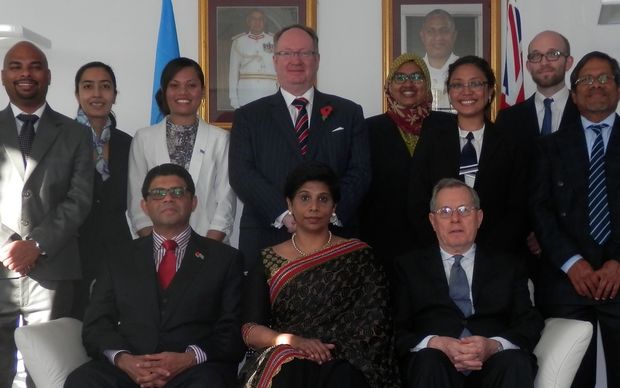 Fiji's delegation in Geneva to explain its human rights record to the UN in 2014 Photo: Supplied