The Marshall Islands has charged three people with offences relating to the trafficking of babies. 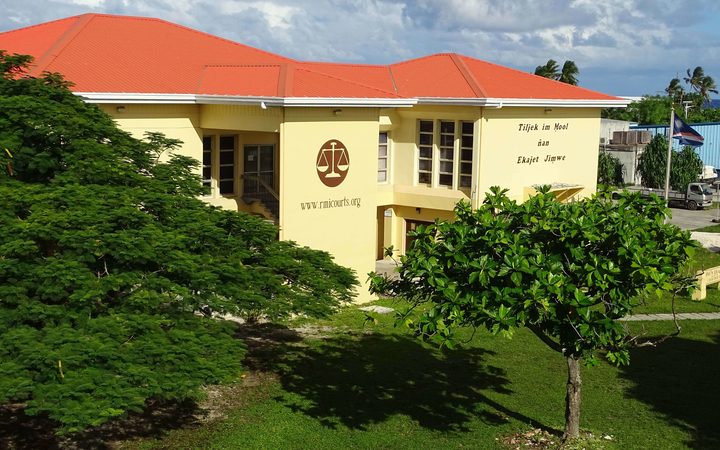 The charges mark the country's first legal move to stop the flow of illegal adoptions of Marshallese babies in the United States.

The three accused are all Marshall Islanders.

Two are from Majuro and the other is resident in Arkansas which is understood to be a popular destination for pregnant Marshallese mothers who adopt out their babies.

The three accused made an initial court appearance this week before Judge Witten Philippo, who scheduled a preliminary hearing for April 12 where arguments will be presented in detail.

The charges relate to allegations they attempted to recruit a woman from Majuro to provide her baby for adoption in Arkansas.

Our correspondent in the Marshall Islands, Giff Johnson, said there has been a marked decrease in legal adoptions over the past 15 years, "as the adoptions directly in the US escalated."

"Nobody really knows the numbers but there are just dozens and dozens of adoptions going on annually in the US by using the visa-free access that Marshall Islanders enjoy," said Giff Johnson.

Using the visa-free access for the purpose of adoption is specifically forbidden by the terms of the Compact of Free Association, the treaty between the two countries which allows Marshall Islanders to live and work in the US.

However the ease of travel makes it difficult to track whether the terms are being abused.

Charges filed at the High Court allege that between October 2017 and January 2018, Mr Aine "recruited, transported or received another person by means of giving payments or benefits" to gain control over another person.

It's alleged the three accused recruited Susan Koraja (who was pregnant at the time) by giving her US$120 cash and the promise of US$10,000 in exchange for her child for adoption.

The charges say Ms Anidrep and Ms Abon recruited Ms Koraja by visiting her many times while she was in Majuro hospital to deliver her baby, relaying communications from Justin Aine, and assisting her to get travel documents so the baby could be adopted in the US.

Beyond this prosecution, there are many lawyers and recruiters involved as demand is high for newborns among US families looking to adopt, said Giff Johnson, and it's big money.

"They fly them up to Hawaii, or Utah or Arkansas to deliver their babies and put them up in apartments where they have multiple pregnant Marshallese women waiting to deliver and then hand their babies off for adoption," Giff Johnson said.

It's alleged that Susan Koraja was promised US$10,000 and help with moving her family to the US if she gave her baby up.

According to Giff Johnson these fees and costs are considerably less than what's involved through the legal adoption process.

"It's more costly and it's much more time consuming to do it the legal way via the Marshall Islands rather than just flying people up and just show up with the baby," said Giff Johnson.

The legal adoption process requires substantial vetting in the two countries and further travel to the Marshall Islands and the Philippines to secure US citizenship for the child.