Editor's note - RNZ Pacific published John President Momis' criticisms of RTG before it had obtained RTG's response to those criticisms. RNZ apologises to RTG and its Chairman Michael Carrick for that oversight and regrets any embarrassment the earlier story may have caused.

The miner, RTG, has responded to recent criticism from the Autonomous Bougainville Government President, John Momis.

Mr Momis was recently reported as suggesting that RTG's achievements as a miner are limited, and that investors have no faith in its ability to deliver. 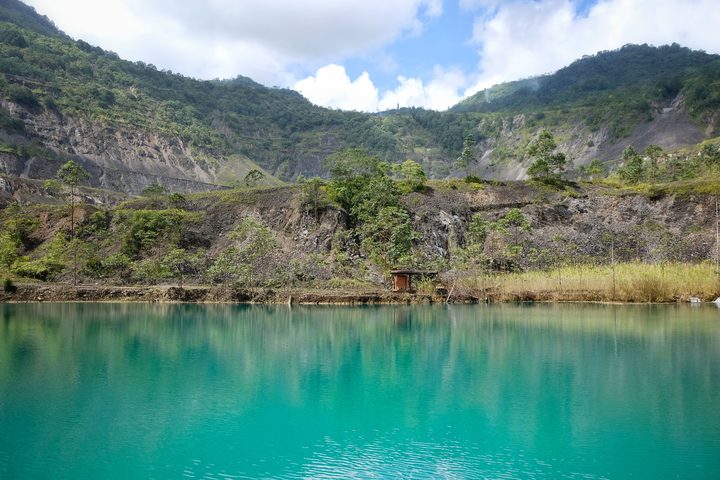 Through its Chairman, Michael Carrick, RTG said it and the Panguna Landowners had provided an extensive and detailed presentation to a group of senior Autonomous Bougainville Government (ABG) Ministers in Port Moresby just over 2 weeks ago.

It said President Momis was unavailable to personally attend the presentation and had presumably obtained reports from his advisors and other Ministers who were present.

RTG said it devoted at least an hour of that time to walking through all the previous mines developed by the RTG Management Team, providing photos, metrics and written testimonials of various partners, including Lycopodium, who worked with it in developing those mines.

Importantly, RTG said it appears the ABG do not understand how the mining industry is structured from an investor point of view, which is fully understandable as this is their first experience on these matters.

RTG is currently planning to develop the Mabilo Mine in the Philippines, which will be the 8th mine it has developed, and it is the nominated development partner of the Landowners at Panguna.

The RTG Management Team has been backed for well over a decade by some of the best financial institutions globally in mining investment, including the Hains Family, Franklin Templeton, Sprott, Sun Valley and Equinox.

Finally, the testimonial package provided to all those who attended the presentation, and sent separately to President Momis by email (as he did not attend), contained a letter to President Momis from Michael Vitton, a respected mining broker in the world who has personally raised in excess of $US200 billion of mining finance, confirming he would raise the necessary capital for RTG to develop Panguna, subject to standard industry conditions.

President Momis had said that he thinks there have been significant payments to members of one group of landowners, the Osikaiyang group, which he characterised as "bribery".

RTG said the such allegations are absolutely without foundation, both morally and legally, and it suspects they arise only because the ABG is considering alternative options for Panguna.

"Landowners are ordinary citizens. They are not members of the PNG public service or Government officials.

"They have rights by virtue of their ownership of land and the minerals thereon and are entitled to benefit from the commercialisation of their rights.

"Landowners importantly cannot confer an Exploration Licence or a Mining Licence on their own joint venture, RTG or any other person," said Mr Carrick.

President Momis was also reported as saying that he thought an offer during a meeting with Bougainville MPs and officials earlier this month also constituted bribery.

RTG reject that and say there is a simple misunderstanding on the part of the ABG, as the ABG have limited corporate finance experience to date.

Mr Carrick explained that to ensure a full understanding of the terms of the proposal discussed during the presentation, "we also put in writing following the meeting a summary of the proposed deal structure, emailed to the Finance Minister and copied to President Momis. The proposal is demonstrably materially better than any alternative offer."

"In summary, the Panguna Landowners, as both the legal and Customary Owners of the mineral resources at Panguna, offered to;

a) collapse their JV with RTG,

b) vest in the ABG 100% of their mineral rights in Panguna to be held by a state owned entity of the ABG, (subject of course to resolving the BCL Judicial Review litigation), and respecting the Panguna Landowners' existing rights (noting this does not require any controversial or unconstitutional amendments to be made to the Bougainville Mining Act),

c) the Panguna Landowners further offered to share part of any interest they received with the people of Bougainville, including other Landowners, the ex-combatants, women and youth, and

d) the Panguna Landowners indicated they were flexible and wished to discuss any terms with the ABG.

"Assuming this was all accepted and documented, RTG offered then to;

a) acquire a minority interest in that company / project for a cash consideration (with an upfront deposit if required by the ABG to demonstrate our financial capabilities - noting this was an offer to provide legitimate purchase consideration, not a gratuitous or unlawful payment),

b) plus negotiate an earn in right based on further funding commitments to the mine,

c) which would only see RTG earn a progressive interest as and when the cash was invested in the project, on to be agreed milestones, and

d) RTG would arrange the debt funding for the Panguna project as one of its obligations.

"As this was a preliminary meeting, no percentages or milestones were proposed and we immediately requested a second meeting to further progress those negotiations."

Mr Carrick summarised RTG's proposal as an absolutely standard and conventional mining deal where RTG offered to purchase a minority interest for a payment of money on arms' length and fair terms.

"The ABG's state owned entity would receive the money legitimately, as the Landowners have offered them the asset, so they have property to sell.

"It was also stated repeatedly that the proposed deal would be subject to all parties securing legal sign off on the structuring."

President Momis was also reported as saying that granting a mining lease to RTG "would pose an intolerable risk".

RTG responded that again, the ABG has fundamentally misunderstood RTG's market position and access to funding, and also misconceives the nature of the offer by the Panguna Landowner led proposal.

"The proposal starts with the Panguna Landowners conferring 100% ownership of the mineral resources at Panguna to a state owned entity of the ABG.

"It is this entity (100% owned by the ABG) which, together with Panguna Landowner consent, would be issued the Exploration Licence.

"At no time did the Panguna Landowners or RTG propose issuing a Mining Lease to RTG."

President Momis has also been reported as saying the Panguna Landowners have been "lied to" by the miner.

RTG said this statement is neither correct nor fair.

"The Panguna Landowners know their own mind and have had the benefit of 3 independent legal opinions from the best and most experienced legal counsel available to review the proposed Bills tabled by the ABG to amend the Bougainville Mining Act.

"The Panguna Landowners and RTG have consistently said how important stable law and landowner support (with the principle of free, prior and informed consent) is, to the very financial institutions who will ultimately provide the required debt and equity to see Panguna safely and professionally developed.

"RTG is hopeful the ABG continues to discuss these issues with the Panguna Landowners to get a fuller understanding of exactly what the Landowners are proposing.

"RTG has always been and remains respectful of the Bougainvillean people and their customs, and Panguna's significance to the development and independence of their nation."