The Vanuatu Volleyball Federation has been recognised at the International Olympic Committee's 2019 Women and Sports Awards.

Vanuatu Volleyball President Debbie Masaufakalo was on hand in New York to receive the Women and Sport Award for Oceania, in recognition of the organisation's advocacy and leadership in promoting girls and women's participation in sport at all levels.

"I would like to thank the IOC for supporting Vanuatu Volleyball Federation especially the Vanuatu women's beach volleyball team," she said. 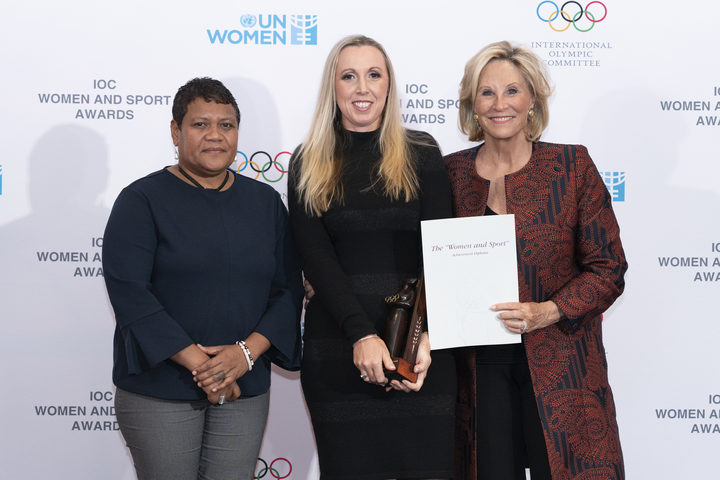 "Without the support from Olympic Solidarity, VASANOC, ONOC, Oceania women in sports, Vanuatu Government and the FIVB we would have never been able to achieve so many outstanding international results.

"I would also like to thank the Australian Government for funding Volley4Change through the Pacific Sports Partnership Program, in partnership with Oceania and Australian Volleyball.

"Lastly to the Vanuatu community, our sponsors and families that have supported our Olympic Journey since 2009."

The International Olympic Committee's Women and Sports Awards are given to individuals or organisations who have made remarkable contributions to the development, encouragement and reinforcement of women's participation in sport.

The IOC said the Vanuatu Volleyball Federation has been recognising the transformational power of sport to prompt social change. 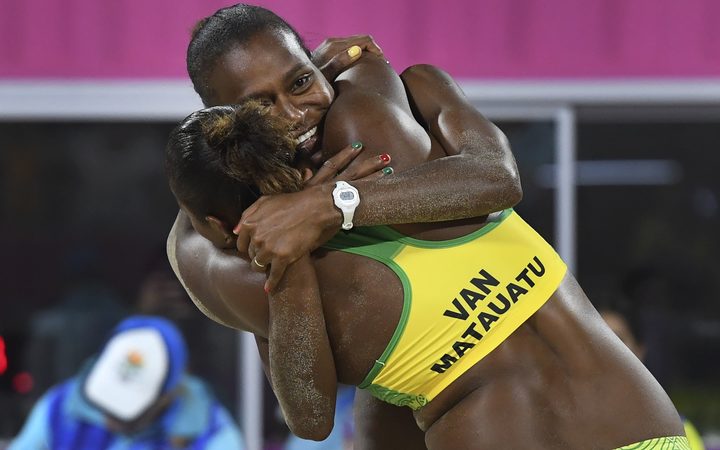 The Sport for Development and Volley4Change (V4C) programmes have helped to provide nutritional education, increased physical activity and leadership opportunities for women, girls and people with disabilities.

Since its establishment, V4C has seen over 3,000 community members take part.

"The IOC Women and Sport Trophy represents opportunity, recognition and emopowerment and the efforts your federation has gone to in order to support and grow grassroots sport," she said.

"The Sport for Development programme and Volley4Change have seen incredible results and I have no doubt that these initiatives will play an important part in inspiring the next generation of volleyball athletes and fans."

The Vanuatu Volleyball Federation also partnered with Oxfam in 2018 to facilitate awareness on sexual harassment to VVF staff, coaches and players.