A man has been arrested in Merauke in Papua province for trying to smuggle 2,000 endangered pig-nosed turtles. 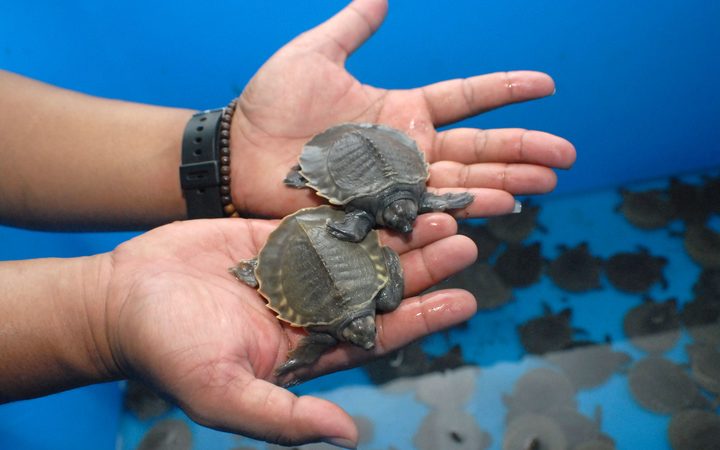 Authorities in Papua province said they seized 2,227 of the palm-sized turtles which were stuffed into boxes on a boat docked in the remote town of Agats.

He said pig-nosed turtles were a protected species and they are not for sale.

Following the discovery, police arrested another man believed to be involved in the trafficking bid. The port worker was not detained.

If convicted, the arrested man could face up to five years in prison and a more than US$7,000 (100 million rupiah) fine.

AFP reported it wasn't clear where the turtle shipment was headed.

The pig-nosed turtle - which has a distinctive snout-like nose and webbed feet - is only found in Australia and New Guinea, an island shared between Papua New Guinea and Indonesia, and is protected under Indonesian conservation laws.

Some turtle species are popular in China and elsewhere in Asia as food or for use in traditional medicine.

In 2014, Indonesian officials rescued more than 8,000 baby pig-nosed turtles hidden in suitcases and thought to be destined for China and Singapore. 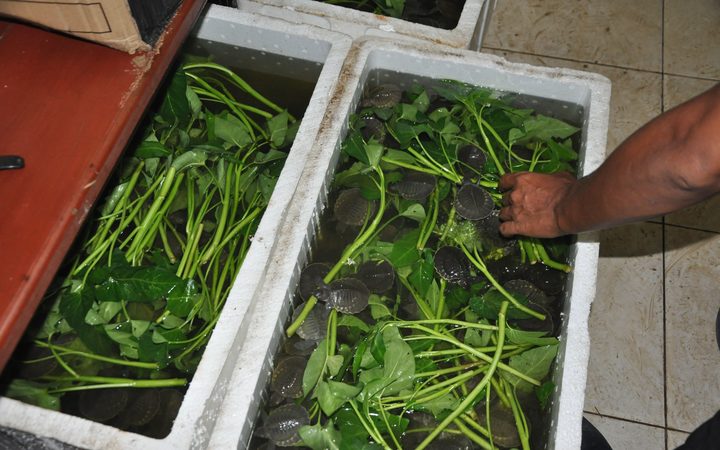 Endangered pig-nosed turtles in Papua's Merauke province. Police believe the turtles were due for overseas markets. The turtles are a protected species and not for sale. Photo: AFP or licensors