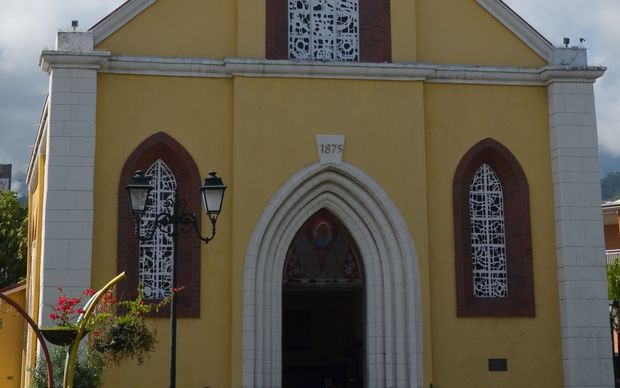 A Catholic priest in French Polynesia has been released from custody after being held for two days for questioning about the alleged sexual abuse of minors.

The 40-year-old man has been declared an 'assisted witness' as investigations continue.

The prosecution had wanted him to be charged.

He has rejected the accusations.

When he was detained last week the archbishop of Papeete Jean-Pierre Cottanceau issued a statement, saying the church had zero tolerance for sexual abuse.

He said it was up to the judiciary to determine the priest's innocence or culpability.

It was the first time a Catholic priest in French Polynesia had been taken in for questioning for alleged sexual misconduct. 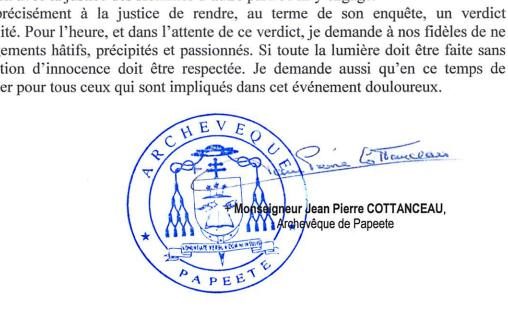 Statement by the archbishop of Papeete Jean-Pierre Cottanceau Photo: suplied