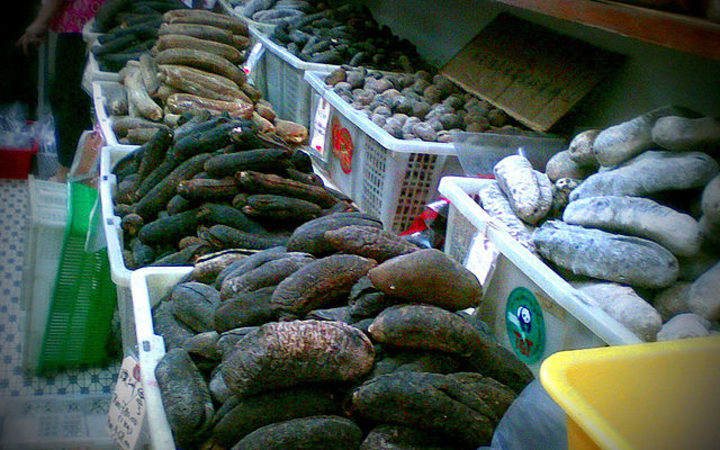 A man's been arrested and charged over the armed robbery of a foreign businessman who was buying beche-de-mer in a remote part of Solomon Islands.

The police say the businessman who was from Asia, was buying sea cucumber on Ontong Java when he was confronted by a gang of seven people on board a speedboat.

The police said he gave up cash worth about 36 thousand US dollars ($US36,000), after being threatened by a Bougainvillean man with a gun who was among the group.

The police said the gang also included another Bougainvillean and three men from the nearby Papua New Guinea atoll of Nukumanu.

The group departed with the cash in their boat over the border into PNG.

A man appeared in court in Honiara on Tuesday charged with robbery.

He's been remanded in custody until his next appearance later this month.