Cook Islands Rugby League says a proposed test against Fiji in June will not go ahead because it clashes with their World Cup qualifying match against South Africa.

The calendar for the 2019 international rugby league season was released this week, including confirmation of the inaugural Oceania Cup and a tour of the Southern Hemisphere by the Great Britain Lions.

A one-off test between Fiji and the Cook Islands was also pencilled in for 22 June, as a curtain-raiser to the Oceania Cup clash between Toa Samoa and the Papua New Guinea Kumuls at Leichhardt Oval in Western Sydney. 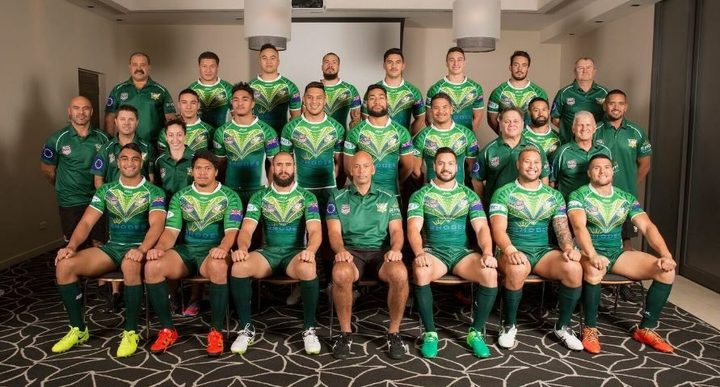 But President of Cook Islands Rugby League, Charles Carlson said that was a mistake.

"We're already scheduled to play South Africa for the World Cup 2021 and because that's always been our priority," he said.

"In fact I was quite surprised that we'd been scheduled to play Fiji so really that's not the case for us. Qualifying for the World Cup is the priority for us." 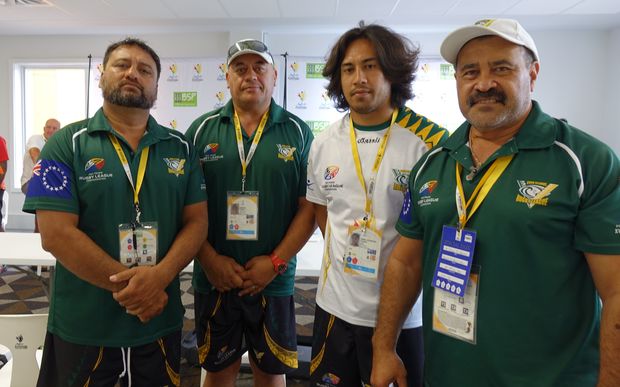 The Cook Islands haven't played a test match since losing 32-22 to Papua New Guinea during the 2017 Pacific Test weekend.

The Kukis made their second World Cup appearance in 2013 but missed the 2017 tournament, after the Rugby League International Federation reduced the number of qualifying places for the Asia-Pacific region.

Cook Islands Rugby League was involved in initial discussions about the Oceania Cup but were ultimately overlooked, with Australia, New Zealand and Tonga making up Pool A and Fiji, Samoa and Papua New Guinea in Pool B. 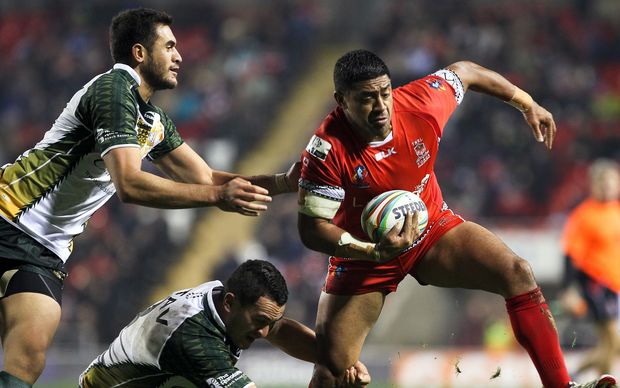 Tonga and the Cook Islands at the 2013 Rugby League World Cup. Photo: PHOTOSPORT

Charles Carlson admitted it was frustrating the way the team was constantly overlooked at the international level.

"Last year we were supposed to be playing in the Pacific Test only in the last minute to be told we don't have a game and it seems to me it was sort of the same thing this week," he said.

"I did advise the Rugby League International Federation that we will stick to the schedule to play our World Cup qualifying (game) on the 22nd of June as I said that is our priority to be in the World Cup."

Charles Carlson said the winner of the test against the Rhinos will play-off against the USA for a berth at the 2021 Rugby League World Cup.

He said CIRL was also hopeful of being involved in the Oceania Cup next year, when the winner of Pool B is promoted to the top tier in place of Australia, who will be touring the Northern Hemisphere.