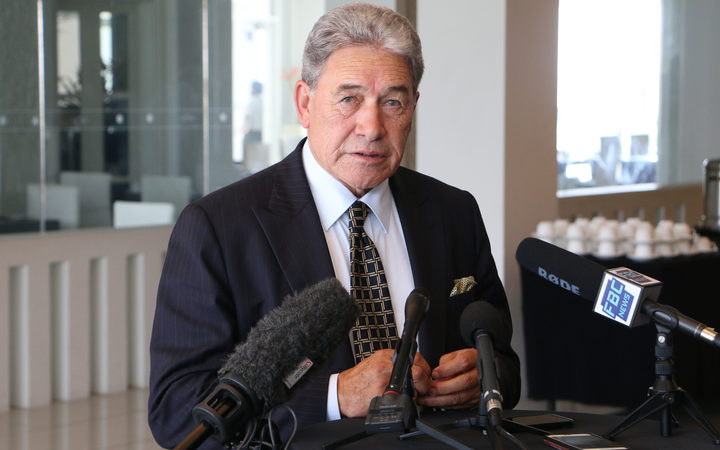 Winston Peters, also New Zealand's foreign minister, has been a firm critic of Fiji in the past and in 2014 he said the then New Zealand government was lifting sanctions against the country too soon.

However Mr Peters said the election that year and in 2018 had eased some of his concerns.

"The past is the past. We have made no bones about congratulating Fiji on the two successful elections in 2014 and 2018.

"We have to put the past behind us because the challenges and demands that face us, scream out for attention now," he said.

Mr Peters has been in Fiji for a one day visit and met with Acting Prime Minister Aiyaz Sayed-Khaiyum and Foreign Affairs and Defence Minister Inia Seruiratu.

Mr Peters said the New Zealand government would be working more closely with Fiji's military in the future.

"The highlight is the agreement of the minister of defence and new foreign minister to work with us not just on the problems that we face together but the big problems of the Pacific," Mr Peters said.

"We'll do a whole lot better helping our neighbourhood if we all work together and, whatever our differences, try and be positive about the ongoing developments going forward."

Last week the countries announced they would collaborate in a review of laws governing Fiji's military.

He also said his government was taking its role in the Pacific more seriously now.

The Fiji stopover is the first of three Pacific countries the Winston Peters-led ministerial delegation will visit this week.

Next up are Kiribati and Tuvalu.

The minister said issues being discussed included climate change, security, law and order, fisheries management and the upskilling of workforces.

"There's a multiplicity of issues which we will be talking about but what is clear is that there is a greater step up and a much more serious understanding of what's required," he said.

"We are not going through the motions anymore. We are here for real."