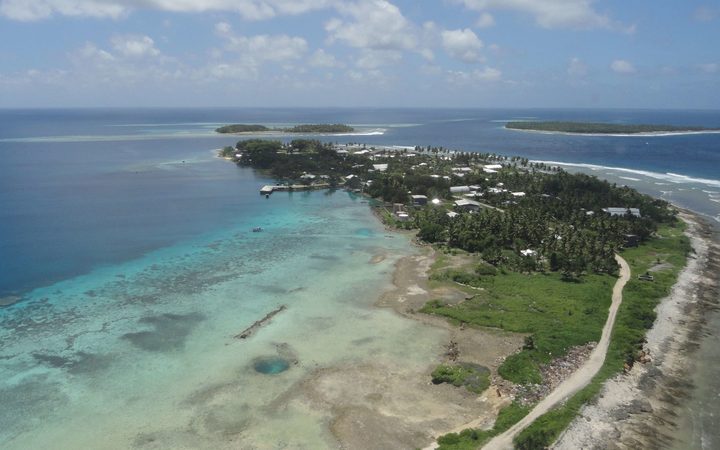 Facing possible extinction from rising sea levels, the Marshall Islands is for the first time focusing on how to raise islands in this atoll nation.

"Raising our islands is a daunting task but one that must be done," President Hilda Heine said in an interview with the Marshall Islands Journal published Friday. "We need the political will, and especially traditional leaders' commitment, to see this through. That is why a national dialogue is planned to bring all the parties together."

The outlook for the Marshall Islands and other atoll nations is not good, according to government officials involved in climate change and disaster response work. "In recent decades atoll nations have experienced increasing frequency of inundation events, severe droughts, coral bleaching events, and other notable impacts of climate change," said a "Policy Note" on the "Climate Crisis" issued by the Marshall Islands Office of the Chief Secretary recently. "Looking forward, there is very good reason to believe that conditions and prospects for survival will only worsen."

Last year, Marshall Islands officials began informally discussing the option of raising islands to withstand expected sea level rise and ensure that the Marshall Islands will maintain a footprint as a nation.

Raising islands is now a centerpiece of the Marshall Islands climate response. 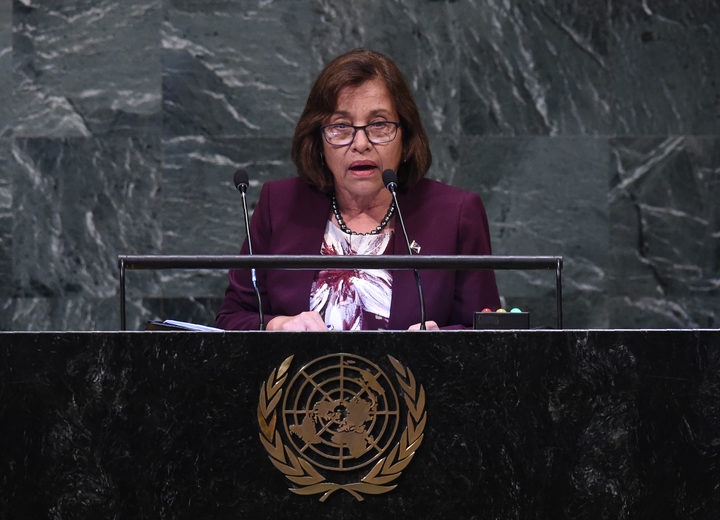 Hilda Heine, president of the Marshall Islands, said countries like hers need to put their minds on new types of adaptation. Photo: AFP or licensors

Chief Secretary Ben Graham said physically raising islands is the only way to save the Marshall Islands from extinction. Most islands in this country are less than two meters (6.5 feet) above sea level.

Ms Heine said the Marshall Islands needs to focus on this new level of adaption to survive in the age of climate change.

"Whatever approach is selected, it will involve selecting islands to raise, add to, or build upon (islands)," she said. "All Marshallese stakeholders, but especially traditional landowners, need to be at the forefront of this discussion if we are ever going to move the conversation forward. We have many scientists and others interested in helping the Marshall Islands. We must come together as a nation as this is about our survival as a nation, as a people and as a culture."

The Marshall Islands aims to increase engagement with the three other all-atoll nations in the world - Kiribati, Tuvalu and the Maldives - to add momentum for "adaptation." Ms Heine is chair of the Coalition of Atoll Nations Against Climate Change (CANCC) that represents these four nations. 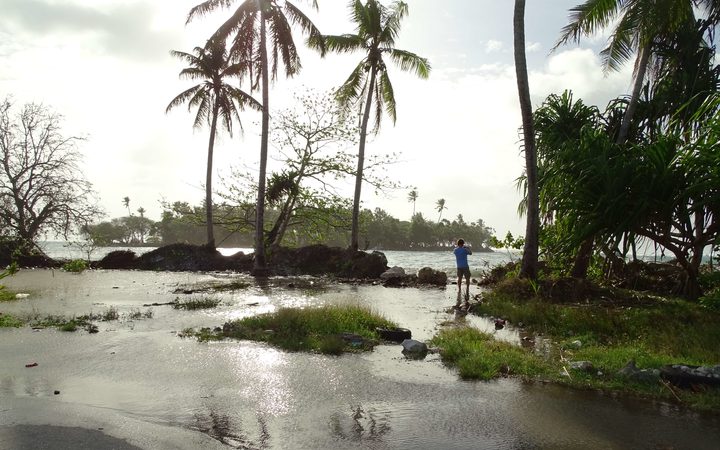 "As a group, the atoll nations need to come together to formulate their unique concerns and develop their positions and plans and identify financial needs related to climate impacts and then to collectively present their case to donor partners," said Ms Heine. "Their voice will be stronger if they are united in this effort. The world is yet to grasp the scale of the transformation required for adaptation and we have not gotten very far in implementing adaptation plans and polices."

"The Marshall Islands will continue to champion mitigation and decarbonization efforts globally and locally, but it must now pay much greater attention to adaptation and building resilience, both on the global stage and here at home," said Mr Graham. He said the Marshall Islands government is pushing a collaborative approach with the world's other three atoll nations to share ideas on adaptation and resilience building, including the concept of building new, elevated islands as a long-term adaptation measure.

In addition, the aim is "to work more collectively, as the Coalition of Atoll Nations Against Climate Change grouping, to get global institutions and major donors and partners to take into account the exceptional circumstances our nations and people face, especially with the increasing trend and projections for sea level rise."

Mr Graham put it bluntly: "We are the only nations in the world who now face real prospects of being completely wiped off the map, so we need accelerated support for adaptation from our major partners."

Giff Johnson is the editor of the Marshall Islands Journal and a correspondent for RNZ Pacific.