A senior United States delegation has met with leaders from the Federated States of Micronesia, Palau and Marshall Islands. 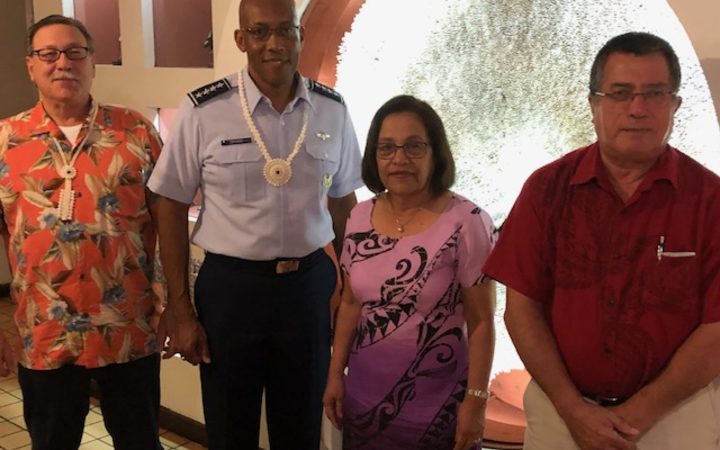 The visit to the three Compact of Free Association (COFA) states coincided with the annual Micronesia Presidents Summit in Palau (20-21 February).

The summit drew leaders from the COFA states and Kiribati and Nauru.

The US Interior Department's Assistant Secretary for Insular Affairs', Doug Domenech, held a range of meetings while in Palau with his delegation of senior political and military figures.

Mr Domenech met with Marshall Islands president Hilda Heine and presented US$1,178,148 in funding to support healthcare in the Marshalls.

The US is responsible for the defence of the COFA states which are seen as a bulwark against any Asian ambitions in the region.

President Remengesau briefed the US delegation on preparations for next year's international marine preservation conference Our Ocean, which is to be held in Palau.

Mr Domenech said the US is proud of its relationship with the Compact countries which share a special bond with the US. 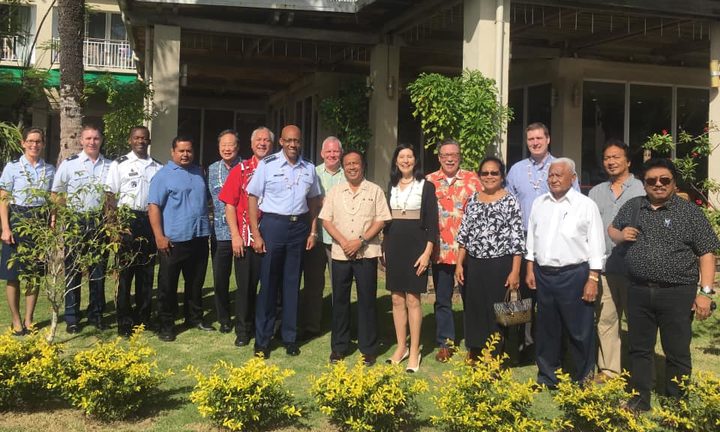 The US Delegation with President Remengesau Photo: Supplied

"Our relationship is enduring. We have come to Palau today to demonstrate our commitment and continued interest in Palau's success going forward," he said.

Referring to the Marshall Islands, Mr Domenech said, "Through the Compact of Free Association partnership, we have improved and built schools, hospitals, utilities, and numerous other programs."

The two countries partner in a variety of formal financial and management collaborations.

The US delegation also visited Chuuk State in the FSM for the 75th commemoration of Operation Hailstone, an important US military engagement with Japan in World War II.

The final stop on the Micronesian tour was Kwajalein and Ebeye Atolls in the Marshall Islands.

COFA states have access to many US domestic programmes and their citizens can live and work in the USA.

The US Secretary of the Interior is responsible for administering and overseeing US federal assistance provided under the Compact of Free Association. The Assistant Secretary, Insular and International Affairs, executes these responsibilities. 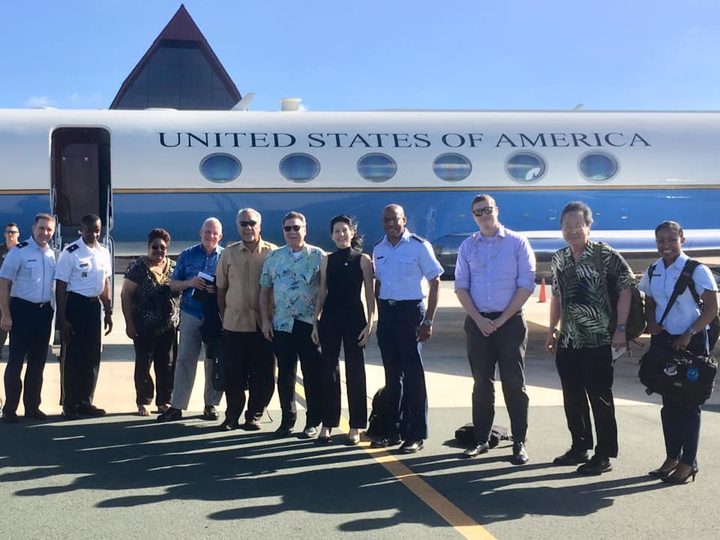 The US delegation Photo: Supplied