Samoa's Prime Minister has called on the Ministry of Agriculture and Fisheries to be honest and transparent in the distribution of donated goods. 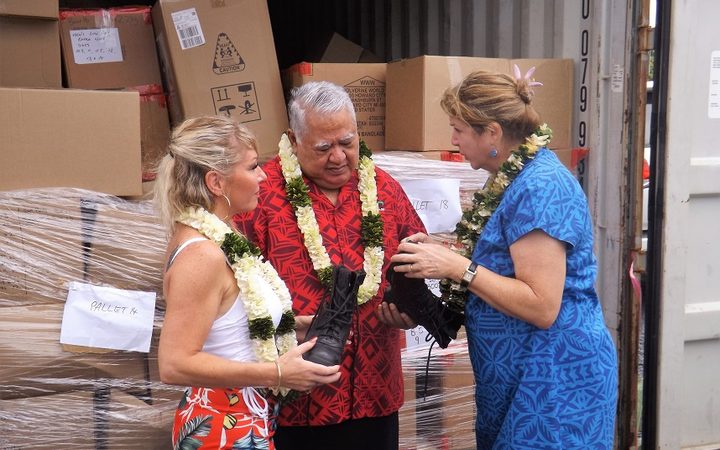 Tuila'epa Sailele Malielegaoi made the call when 4,000 pairs of working boots and 500 long pants were donated by an Australian senior policewoman Jo Mirkana for vulnerable farmers and their children.

Speaking as the acting minister of Agriculture and Fisheries, Tuila'epa also reminded the management of the ministry of too many criticisms against the government.

The prime minister was referring to the distribution of other donations in the past of which the government knew little.

A prepared speech for the prime minister at the handing-over mentioned 3,000 pairs of boots but Tuila'epa found out the correct number in the speech by the donor.

The prime minister suggested for the ministry to hand in to the cabinet the list of recipients before the boots and pants are distributed.