A tropical storm below the Solomon Islands could become a cyclone overnight as it heads towards Vanuatu. 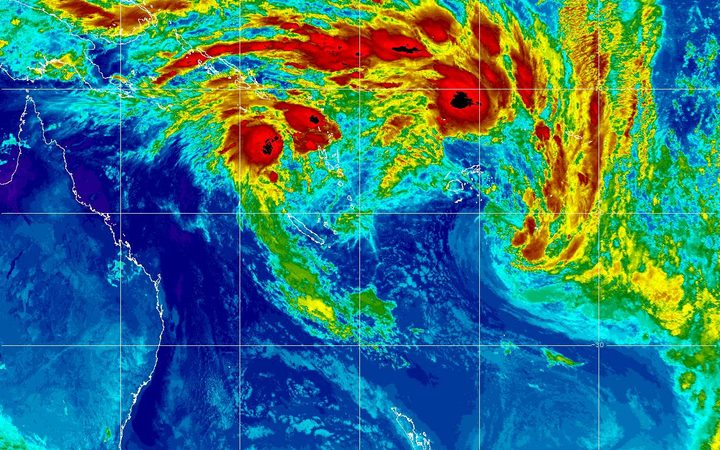 The storm was situated just south of Solomon Islands earlier today, and is moving east north east towards Vanuatu, at around 20 kilometres per hour.

A forecaster with Vanuatu's Meteorological Service, Franky Peter, said it was putting out regular alerts describing the chance for the storm to intensify over the next twenty-four hours as moderate to high.

"(For) people in the northern islands, northern and part of central islands, we have put a severe weather warning in place," he said.

"Possible heavy rainfalls and possible flash flooding over low lying areas, including coastal and those that are close to river banks."

Forecasters at the Fiji Meteorological Service say the storm is likely to become a cyclone before reaching Vanuatu, after which it is expected to track south east towards New Caledonia.

Satellite imagery shows the system has already developed the cyclonic spiral shape and forecasters predict it is likely to become a cyclone within the next 18 hours before reaching Vanuatu.

Forecasters expect it to later track south east and down towards New Caledonia.

Two other tropical depressions are also circling the region - one storm is over Tonga but is forecast to weaken.

Forecasters are also keeping an eye on another storm near Rotuma in Fiji in case it too strengthens in the coming days. 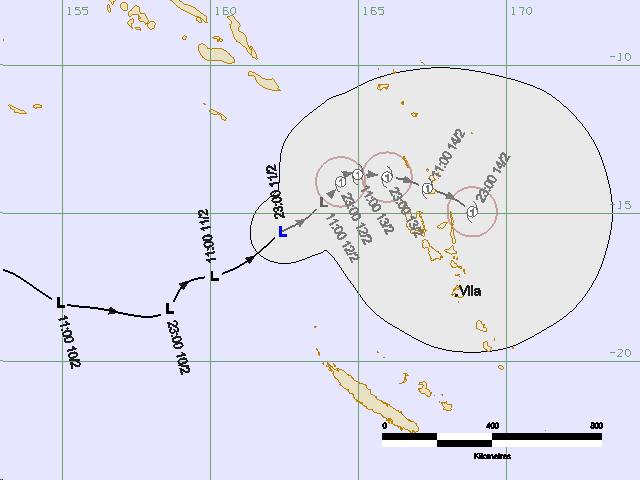