Despite finding the net five times, Lautoka coach Kamal Swamy felt they should have scored more.

"Of course we missed a lot of chances, we need to work on the finishing could have scored four, five goals extra," he said. 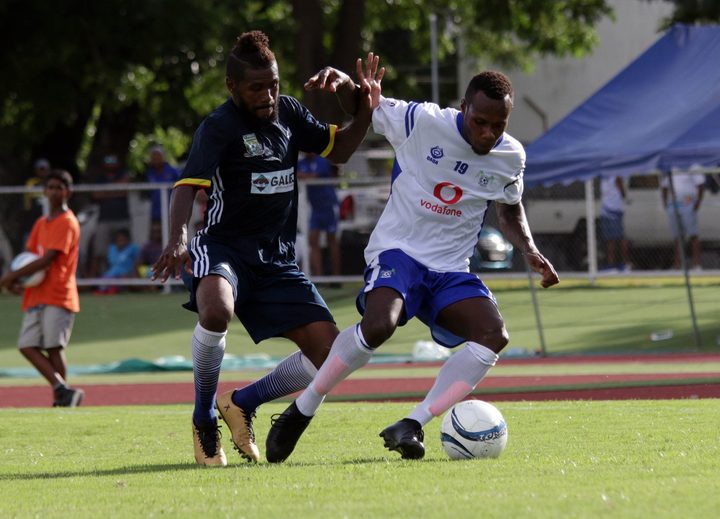 Papua New Guinea side Morobe Wawens could not have had a much tougher debut in the competition than facing last season's runners-up on home soil but their task was made even more difficult when Jason Farrock was shown a straight red card in the 35th minute to leave the newcomers a goal and a man down.

Caretaker coach Ben Micah admitted his side was simply outclassed.

"We played a better side, a side that is on the top of the OFC league ladder," he said.

"Unrealistic expectations of the result but unfortunately were shaken up a bit and they lost control towards the second part of the first half and towards the end of the second half that is because we were one man down."

Tahiti's AS Central Sport also made a winning start in Group B against Henderson Eels, after holding off a strong finish from newcomers from the Solomon Islanders to win 3-2.

The Francophones led 2-0 at halftime and a goal from Tahiti international Lorenzo Tehau in the 79th minute gave them further breathing space before the Melanesian debutants came to life.

Raynick Laeta pulled a goal back in the 85th minute with his first touch of the ball, after coming on as a substitute, before Tutizama Tanito converted from the penalty spot in the 90th minute, however, the equalising goal proved elusive.

AS Central Sport coach Efrain Arenanda was relieved to see his side hold on for a crucial victory.

"Happy for the result, happy to win the game. It was important to win the first game of this tournament, very happy of the performance and the three points," he said.

"Difficult, very difficult, the heat and the fatigue, hard last 10 minutes. Gave away a penalty, but the boys fought and we got the win at the end." 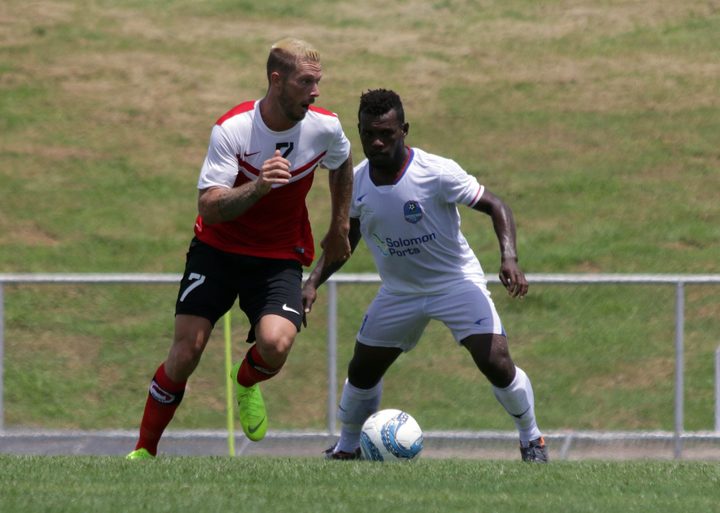 "I think the comeback in the second half was a positive side for the team, unfortunately it was in the first half that our boys were too slow to click on," he said.

"The two early goals killed the morale of the players. Overall, the boys need to step up the level of confidence to keep the ball."

at Stade Yoshida in Kone.

Captain Bertrand Kai opened the scoring from the penalty spot in the 50th minute and the 35 year old striker completed his hat-trick in the 89th minute with a diving header.

Despite the lopsided scoreline, coach Felix Tagawa stressed the importance of staying grounded.

"We still have some stuff to adjust, Malampa played very well in the first half, they pressed us and managed to open us up," he said. 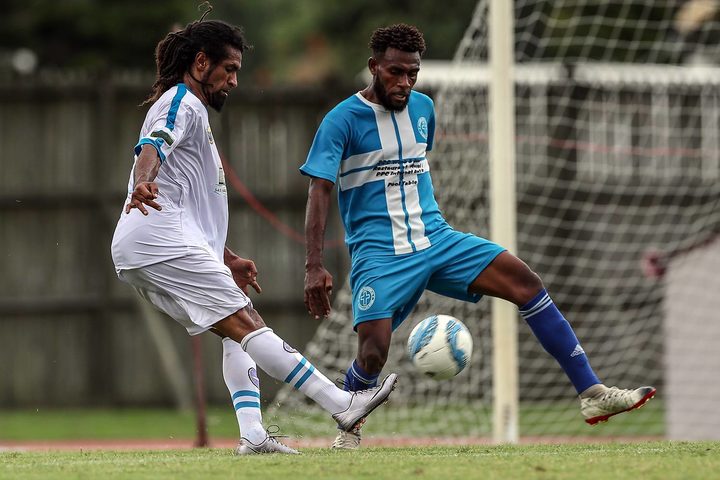 Malampa Revivors coach, Kaison Maki said the turning point of the game came with the penalty.

"The second half we lost our concentration, especially in defence," he said.

"The boys started a bit slow after the break and it cost us the game with the penalty. After that two more quick goals and we were down."

In the other Group A match from Stade Yoshida in Kone, Toti City Dwellers came from two goals down to salvage a 3-3 draw against Tahiti's AS Tefana.

Papua New Guinea internationals Nigel Dabinyaba and Raymond Gunemba found the back of the net in the second half and coach Peter Gunemba was encouraged by his side's never say die attitude.

"First of all, I thank God for the draw, I'm glad with the result and I also thank the players for not giving up when we went down 2-nil, the team spirit we have really helped us to fight back and draw," he said. 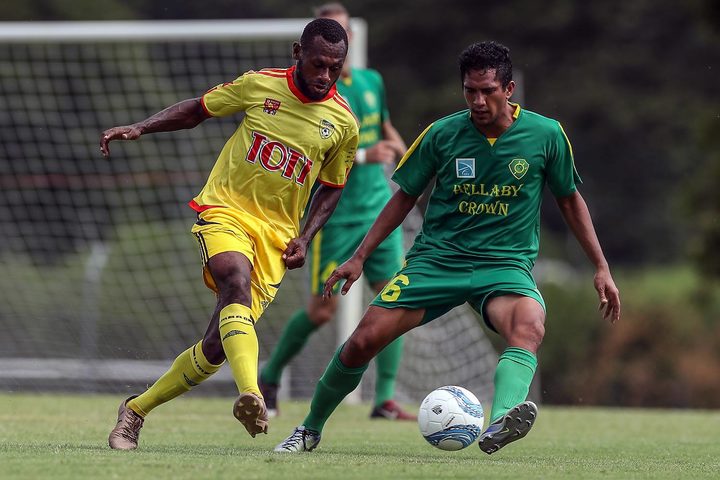 Nigel Dabinyaba (L) scored twice as the PNG champions fought back to earn a draw. Photo: OFC via Phototek

"I don't know what's happened, we should have killed the in first half," he lamented.

"In the second half our defense got lost, we didn't do anything right and we put ourselves in danger and the inevitable happened."