Tropical cyclone Neil remains a category one as it heads close to Tonga's main island.

At 3am this morning, cyclone Neil was 190 km north of the capital, Nuku'alofa, moving south southeast at 30 km/hr. Its expected to be 45 km from Nuku'alofa at 10 this morning.

He said even though Neil is a category one, the strong winds and heavy rain associated with the cyclone could still cause damage.

"Possibly would be the damages to agriculture, bananas, especially the fruit trees. And also minor weak constructed housing, for example Tongan traditional fale could be affected by this type of winds, he said."

Mr Fifita said no reports of damages have come in but things may change once its lighter.

It's a year since Cyclone Gita killed two people and caused extensive damage in Tonga. 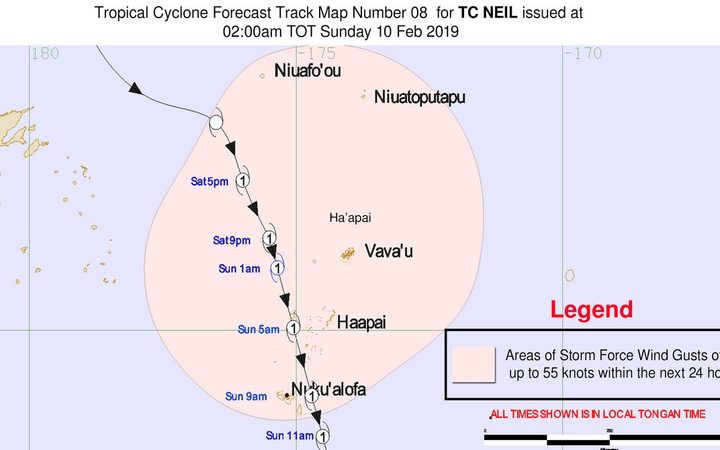