About 76,500 cubic metres of debris has been collected on the Northern Marianas island of Saipan in the wake of Super Typhoon Yutu. 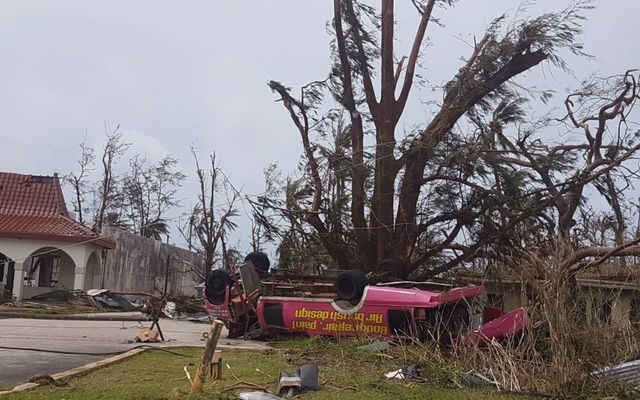 The Saipan Mayor's Office has been running the clean up of villages and streets six days a week in the aftermath of the storm, which hit the island and neighboring Tinian in October.

The Federal Emergency Management Agency has brought in two burners to help speed up the disposal of green waste like leaves, tree branches and wood.

All metals are to be compressed, recycled and sold off-island.

The remaining waste will go to the Saipan landfill.